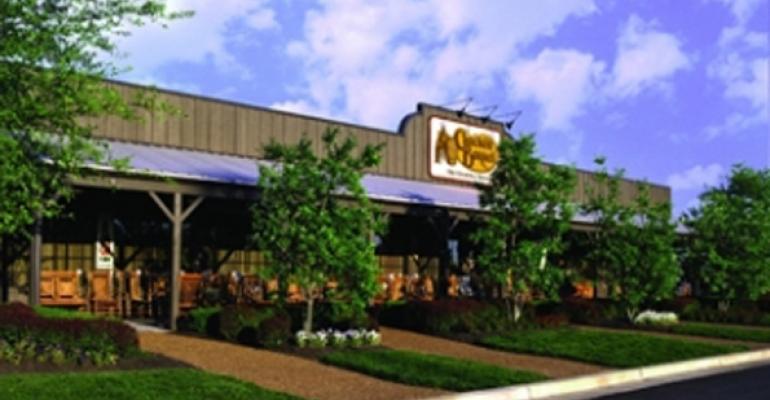 During the quarter, the family-dining chain added more better-for-you options while continuing a focus on affordability, said Sandra Cochran, the company’s chief executive. And, she said, that’s likely what drove customer traffic.

“We’ve been talking now for over a year about our view of the customer, which is that they’re interested in affordability and better-for-you [offerings],” she said. As such, the company highlighted its Country Dinner Plates during the quarter, which feature a protein, two sides and bread service for $7.69.

During the period, average check at Cracker Barrel increased 2.5 percent, which could be attributed to menu price increases of 2 percent, according to chief financial officer Lawrence E. Hyatt.

The guest’s needs, Cochran said, continue to be the focus of the company’s menu changes. The company is already in holiday mode during the second quarter 2013, she said, adding that Thanksgiving 2012 was the company’s strongest sales day ever.

On Nov. 15, Cracker Barrel’s shareholders blocked Biglari from joining the company’s board of directors. The rejection was Biglari’s second from the board in two years.

None of the questions during the company’s question and answer session with analysts during the earnings call were about the dispute.