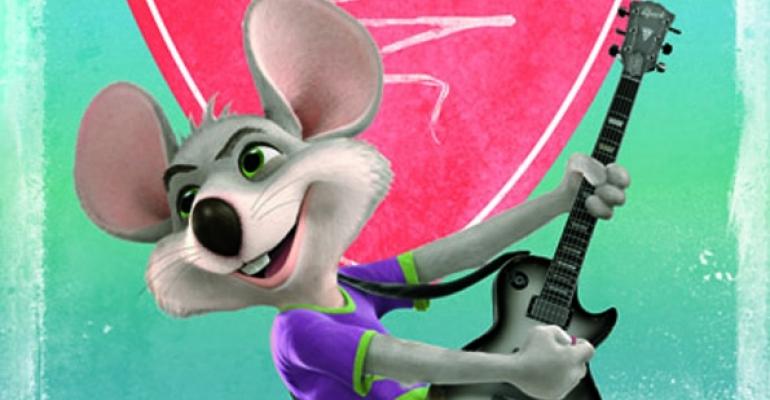 The company plans to increase its marketing expenditures by $6 million in 2013, to $41.4 million, compared to the $35.4 million spent in 2012, according to Michael Magusiak, CEC’s president and chief executive. This includes “a television media plan with increased weights across for a year, a strong digital advertising plan and enhanced creative plan with both brand and promotional advertising,” he said.

CEC is also planning to unveil “two very significant promotions starting in April and June of this year” for Chuck E. Cheese, said Magusiak, though he noted the company would not release details.

“We believe that these promotions supported by increased TV and digital media will increase customer traffic,” he said.

Magusiak said late tax returns, the expiration of the payroll tax break on Jan. 1 and increased gas prices seemed to have a negative impact on Chuck E. Cheese’s typical guests, young families with lower incomes. Birthday-celebration income appeared to decline proportionately more than sales in general, he noted. “We attribute part of that to tightening of discretionary income,” he said.

The company is also investing approximately $27 million to improve existing stores in 2013. The effort will impact 120 stores, including 100 game enhancements, eight major remodels, and 12 expansions.

The 565-unit chain also plans to open about 15 new stores in 2013, including one relocation, and will close four stores.

New stores opened between 2007 and 2010 averaged more than $2 million in sales each during 2012, Magusiak said. That “produced a cash return on investment of slightly over 20 percent,” he noted.

CEC is also looking to further international development of the brand, Magusiak said. The company recently expanded the role of Roger Cardinale, CEC executive vice president and a 25-year veteran of the company, to include the title of president of the CEC’s international division.

“I believe that we have an excellent international development concept as evidenced by the significant average-unit sales volume of our stores overseas,” Magusiak said.

CEC has stores in 47 states and eight nations and territories. Of the 565-unit system, 514 in the United States and Canada are owned and operated by the company.