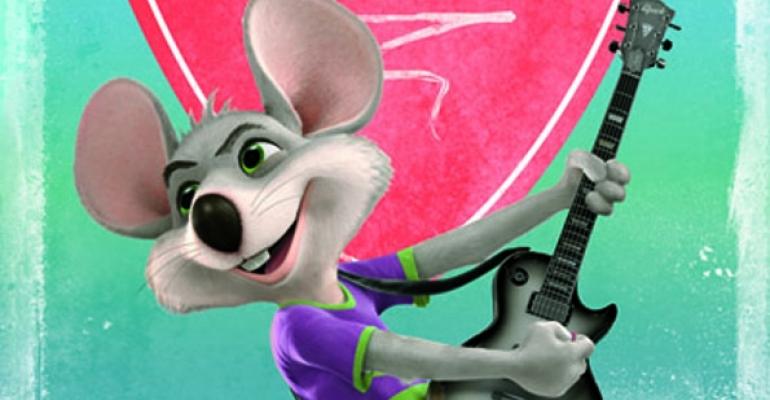 VIDEO
Watch the commercial for the "Say Cheese!" app

“What differentiates Chuck E. Cheese’s from other family entertainment options is interaction with Chuck E. himself,” said Scott McDaniel, CEC’s chief marketing officer. “Since launching our contemporized mascot last summer, we’ve been committed to increasing the breadth of that interaction for families. Augmented reality is perfect for that.”

Consumers can download the “Say Cheese!” app for free at the Apple App and Google Play stores. To use the app in restaurants, guests look for “Say Cheese Here!” markers on tables, games and backdrops that signify hotspots that activate the augmented reality features and start a mouse performance.

The camera feature incorporates the augmented Chuck E. into the frame in various poses. The photos can be posted to Facebook or Twitter, or emailed to friends and family. Users can even submit photos for possible use on Chuck E. Cheese’s website through the app.

“We know our guests are very mobile, and from their feedback we also know they love sharing their memories and photos with their families, friends and even with us,” McDaniel said.

Seattle-based Starbucks has offered apps that animate when smartphones are aimed at its holiday cups. Chattanooga, Tenn.-based Krystal Co. has offered a penguin that danced when the app was focused on a container. And Ann Arbor, Mich.-based Domino’s Pizza experimented with street-side signs that activated promotional offers in the United Kingdom last year.

CEC Entertainment has 562 Chuck E. Cheese’s units in 48 states and eight countries and territories. The company owns 511 units in the United States and Canada; the rest are franchised.