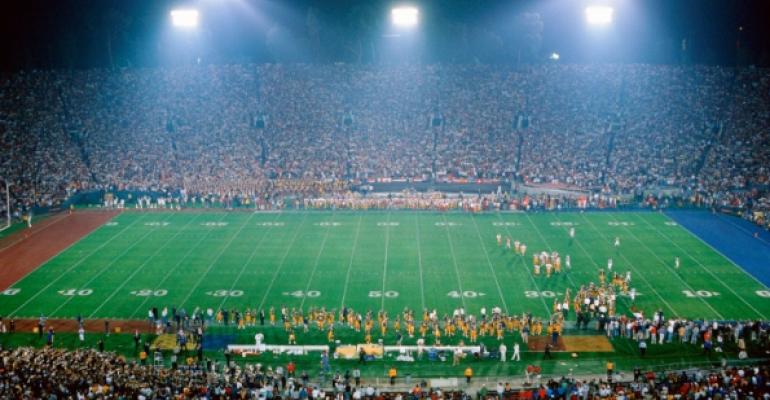 It’s a tactic companies see as an effective way to build national publicity, which in turn, could drive traffic into restaurants.

“We’re not a very big company, but because we sponsor a bowl game, people think we are,” Elliott said of his 214-unit casual-dining chain. “And there’s quite a bit of prestige attached to it.”

For $425,000, Beef ‘O’Brady’s sponsored its Dec. 21 bowl game, a match-up between Ball State University and the University of Central Florida in St. Petersburg, Fla. The event was the company’s fourth bowl game in a five-year contract, so next year, officials will have to renegotiate its sponsorship terms, according to Elliot.

For the cost of sponsorship, Beef ‘O’Brady’s got eight national television commercials and “four hours of national exposure” during the game, he said. The brand was also well represented in press releases and websites, he added.

Additionally, the company’s website usually gets about 36,000 impressions in a week, he said. On game day, beefobradys.com got 28,700 hits from users in 42 countries. The chain is expanding internationally in 2013, so those 42 countries are a significant bonus.

“It shows you that awareness jumps way up on that day,” Elliott said. “It does make a difference.”

Chick-fil-A sponsored a game between Clemson University and Louisiana State University on New Year’s Eve. The company has sponsored a bowl game every year since 1992.

The 2012 game, with an average of 8.56 million viewers, was “the most-viewed non-BCS [championship series] bowl game telecast in ESPN history,” the Atlanta-based company said in a statement.

Although Outback Steakhouse’s Tampa, Fla.-based parent company Bloomin’ Brands couldn’t comment on the specific returns from its bowl game, the company recognizes its value, too. The New Year’s Day match-up between the University of Michigan and University of South Carolina was the 18th sponsored Outback Bowl in the brand’s history.

Outback also ran an in-store follow-up promotion the day after the bowl game. Because South Carolina won the game, any customer who said “Outback Bowl” in its restaurants received a free Bloomin’ Onion appetizer.

"The response to a free appetizer on Jan. 2 determined by the winning team succeeded well beyond our expectations,” said Outback spokeswoman Cathie Koch.