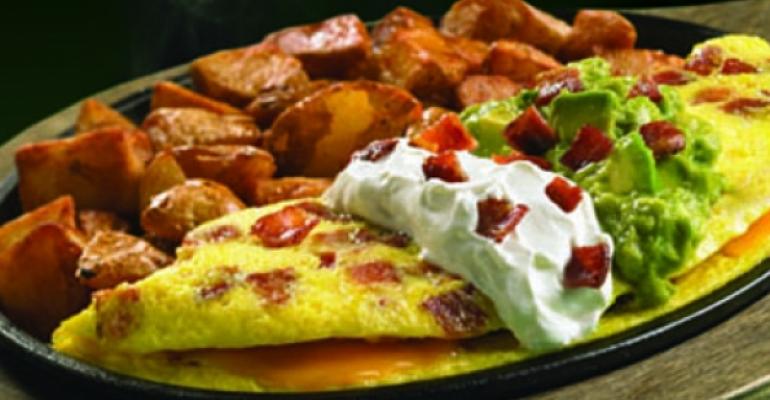 The parent of the family-dining Coco’s and Carrows brands has launched a new fast-casual concept that the company hopes to grow.

With an order-at-the-counter format, entrees are served with fast-casual speed in part because most proteins are cooked in a conveyor convection oven, similar to equipment used by pizza concepts, said Keith Marron, Catalina Restaurant Group’s director of marketing.

Ranch House is the first new concept Catalina Restaurant Group has launched in decades, said Marron. The company, which operates or franchises 117 Coco’s and 68 Carrows restaurants, was acquired in 2006 by Japan-based restaurant giant Zensho Group, which operates multiple brands in Asia, including the Coco’s bakery café brand there.

Zensho is known in Japan for its primary brand called Sukiya, a beef bowl chain, but the company also operates other U.S. brands, like Bob’s Big Boy. Zensho was also a Wendy’s franchisee in Japan for years until they ended that agreement in 2009.

Marron said Zensho has no plans to grow either Coco’s, which is known for its pies, or the Carrows brands. The company is looking at Ranch House for possible growth, depending on how the concept is received.

“The fast-casual segment is growing,” said Marron. “From a profitability and labor standpoint, it makes more sense to go in that direction.”

With an average check of about $10, Ranch House is aiming for guests looking for value and speed, Marron said.

The 5,500-square-foot restaurant is a converted Carrows location. Guests order and pay at the counter, get a pager and sit, or visit the salad bar. Their food is delivered to the table, often sizzling in a cast iron pan.

Marron said many of the entrees, such as steaks and chicken, run through the convection oven on a cast iron skillet. Even some breakfast item are baked in the cast-iron skillets, including omelets and puffy pancakes that can be topped with chocolate, bananas and brown sugar or blueberries.

At lunch and dinner, guests can choose from a New York strip, a one-pound bone-in rib-eye or a chopped steak made from a blend of beef, pork and spices, called The Wrangler. Steaks and chicken have five styles of preparation, from basic salt and pepper to a creamy garlic shrimp sauce. A salad bar visit is included with entrees, Marron said.

Though Marron touted the simplicity of Ranch House Café’s operations, Catalina is not looking to expand its franchise brands. Any growth in future for Ranch House, he said, would be company-operated restaurants.

Declining to give specific sales trends, Marron said Catalina’s primary brands struggled through the recession, with most restaurants located in the economically challenged regions of California and Arizona. However, sales trends are improving, he said.

Ranch House “is something different,” said Marron. “It’s more of a growth concept for us, but we want to see if it will work.”