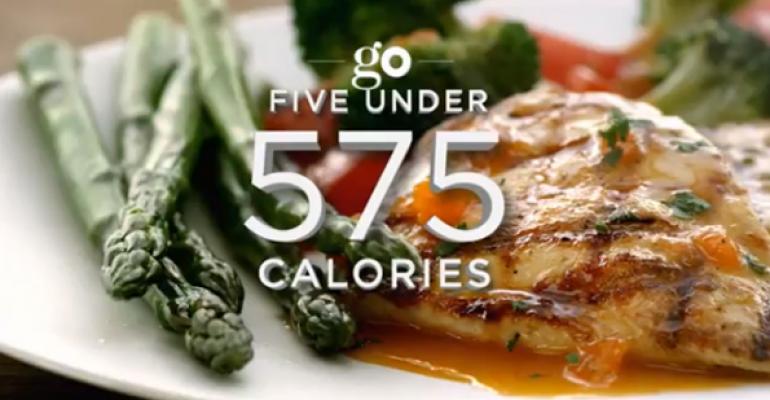 With television viewers thinking about eating better and saving money during the first few months of the year, LongHorn Steakhouse and its casual-dining peers benefited and broke through with their commercials, according to a first-quarter study from Ace Metrix.

For the study, Ace Metrix calculated an Ace Score, a proprietary measurement of how persuasive and watchable consumers rate commercials, for hundreds of brands. The Mountain View, Calif.-based advertising research firm found that dinnerhouses had the highest Ace Scores due in large part to low price points, low calorie counts and fancy food shots.

LongHorn Steakhouse scored the top Ace Score of 676 out of a possible 950 for its commercial for a Steakhouse Dinner for Two for $25. Beyond that, LongHorn's other ads ranked 5th and 7th for the quarter, while Olive Garden had spots that came in at Nos. 2, 4, 6 and 9. Applebee’s had the third-highest Ace Score of the quarter, while Red Lobster had two Lobster Fest commercials grab No. 8 and tie Olive Garden for No. 9.

The casual-dining average of all Ace Scores in the quarter was 577, compared with only a 541 average for quick-service and fast-casual restaurants’ commercials.

Symonds noted that a great many brands, not just the dinnerhouse chains at the top of Ace Metrix’s rankings for the first quarter, are emphasizing their ingredients in commercials, from pizza chains to Panera to McDonald’s.

“If you talked about your ingredients, which is code for healthy without loss of taste, or about calorie counts, you averaged an Ace Score of 634,” said Ace Metrix executive vice president Jonathan Symonds. “Panera just missed this list with a 617 score in an ingredient-driven ad. Those concepts resonate, particularly in the first quarter, because everyone wants to stay true to their New Year’s resolutions to eat a little better.”

He added as an example that McDonald’s commercials emphasizing the farmers who grow the chain’s potatoes and other ingredients outperformed the brand’s spots for the Dollar Menu and other products during the quarter.

Yet while the seasonal benefit for lighter fare took hold for restaurant ads, the other big advertising events anchoring the first quarter, namely the Super Bowl and the Oscars, did not lead to bigger Ace Scores for the chains that ran their commercials during those broadcasts.

Pizza Hut ran a pregame user-generated commercial for the Super Bowl, which Symonds said "did well," with a 581 Ace Score, but it didn’t break 600. He noted that the ad departed from usual Pizza Hut advertising not only with the user-generated angle, but also because it did not mention price, as the vast majority of its spots do.

The other Super Bowl advertisers, Subway and Taco Bell, did not reach the 600 threshold for their Ace Scores, either. Taco Bell’s “Viva Young” spot just missed, with an Ace Score of 594.

“That’s a good score,” Symonds said, “but it just isn’t going to make this first-quarter list, which was rewarding value, food shots and steak.”

He added that the other big commercial push for the first quarter for Taco Bell — its spots for the Cool Ranch version of Doritos Locos Tacos — all performed well above the quick-service segment average, as a trio of Cool Ranch commercials scored 583, 577 and 561.