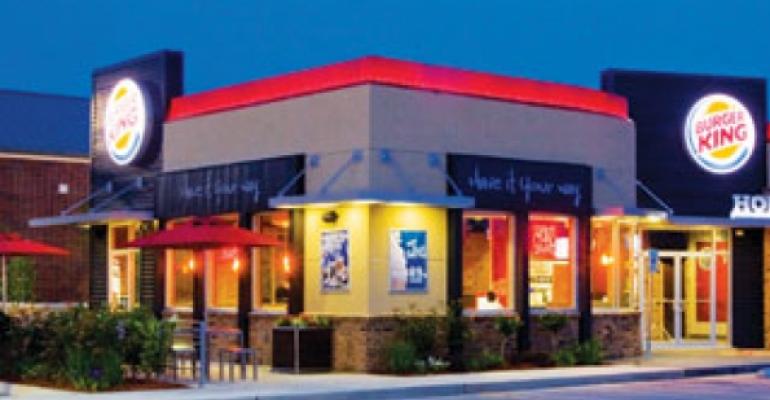 The largest Burger King franchisee saw a 37.8-percent increase in restaurant sales for the quarter

With the acquisition of 278 Burger King locations from Burger King Corp. completed, Carrols Restaurant Group Inc. posted a 37.8-percent jump in restaurant sales for the second quarter even as several non-recurring charges contributed to a net loss of $0.9 million.

The Syracuse, N.Y.-based Burger King franchisee said the May 30 purchase of the formerly company-owned Burger King units — which now makes Carrols the largest BK franchisee, with 574 locations — contributed to the increase in restaurant sales, which rose to $122.1 million from $88.6 million in the year-ago quarter.

If the $27.5 million in sales derived from the newly acquired restaurants is backed out for the period, however, Carrols would then show a 6.8-percent increase in restaurant sales, to $94.6 million.

Same-store sales rose 8.8 percent for the quarter, which the company said included an increase in customer traffic of 4.9 percent.

The company’s results treat the May 7 spinoff of its Fiesta Restaurant Group Inc. to stockholders as a discontinued operation. Fiesta comprises the Pollo Tropical and Taco Cabana chains.

“As reflected by our strong [same-store] sales, enhancements to Burger King’s menu and marketing are resonating with our customers, and we believe are starting to broaden the brand's appeal to a wider demographic base,” Accordino said. “We view the new and upgraded products, creative advertising campaign, and multi-year remodeling program as important elements as the brand increases its market share in the competitive quick-service environment.”

Accordino also said the company has begun the integration of the newly acquired Burger King restaurants into its system. "As we knew, there is much work to be done as we make necessary operational changes and implement our labor, inventory and other management systems," he noted. "We believe that there is an opportunity to considerably improve the operating performance and contribution from these restaurants as we fully integrate them with our operating systems and technology.”

For the six-month period, Carrols said restaurant sales — including the newly acquired stores — rose 21.9 percent to $207.5 million from $170.2 million in the year-ago quarter. With results from the 278 locations backed out, restaurant sales increased 5.8 percent to $180.1 million.