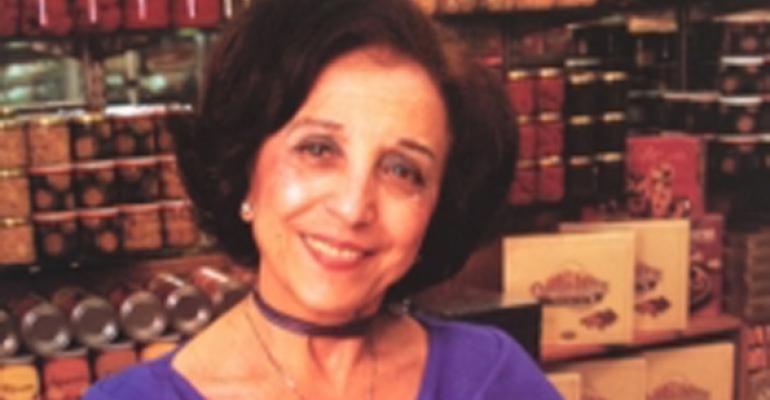 Carmela “Mama” Sbarro, who, with her husband Gennaro, founded the Sbarro Italian quick-service chain more than 50 years ago, passed away July 7. She was 90 years old.

Born Dec. 15, 1921, she immigrated to the United States with her husband and three sons, Joseph, Mario and Anthony, from Naples, Italy. She and Gennaro opened an Italian deli at the corner of 17th Avenue and 65th Street in Brooklyn, N.Y., in 1956 called Sbarro Salumeria, which served authentic dishes she learned to prepare in Italy.

“She was an incredibly hard-working individual,” said Anthony Missano, president of business development for the Melville, N.Y.-based chain. “She was incredibly passionate and insisted on working at the counter every day from nine in the morning to eight o’clock every night.

“She worked very quickly and was able to deal with multiple customers at a time. People would come to the store just to see her.”

The success of the Brooklyn store prompted the family to expand to more locations in the New York area and eventually around the world. As the company expanded throughout the 1970s and 1980s, the original location was set up to be a commissary for other locations. According to Missano, Carmela was deeply involved in the commissary operations, overseeing the preparation of 1,500 to 2,000 cheesecakes a week.

“She would make the cheesecakes, cut them and put them in boxes,” Missano said.

As she grew older, however, the family tried to convince her not to work so hard, Missano said. “But she insisted and continued to work into her 80s. She was someone who didn’t shy away from work. Even when she was in her 60s, people had a hard time keeping up with her.”

From the shop she opened in 1956, the Sbarro chain has grown to more than 1,000 locations in over 40 countries.