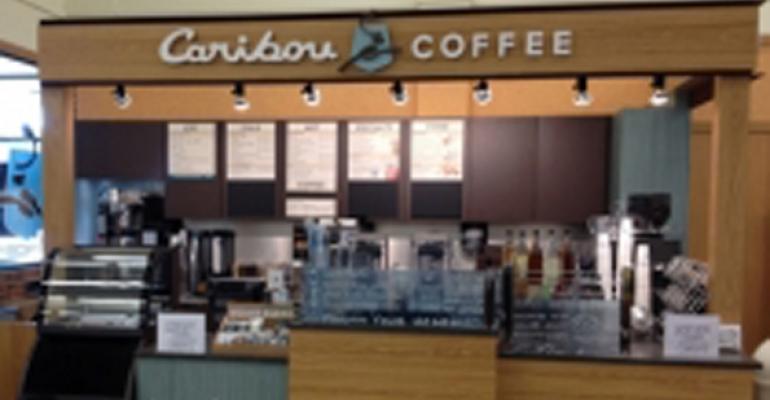 Minneapolis-based Caribou Coffee has begun an on-site growth strategy in one of its core markets by partnering with Jewel-Osco, one of the largest grocery store chains in the Chicago area.

Caribou opened its first on-site coffeehouse last week at a Jewel location in Barrington, Ill., and plans to open two more units in suburban Hoffman Estates and Countryside this year. Officials said Caribou is set to open another five units in Jewel stores during 2013.

“With the introduction of Caribou’s partnership with Jewel-Osco, our goal is to provide Chicagoans convenient access to Caribou’s best-in-class, premium coffee products, paired with a comfortable, warm and welcoming coffeehouse setting,” chief executive Mike Tattersfield said in a statement. “This is a significant partnership for Caribou, as it allows us to expand our distribution in one of our key markets and accelerate Caribou’s growth among diverse business units in partnership with Chicago’s market-leading grocery chain.”

The 585-unit coffeehouse chain is strengthening its ties to supermarkets after sharply falling sales in its consumer packaged goods division offset same-store sales growth in Caribou’s most recent second quarter, leading the company to lower its earnings guidance for 2012. While same-store sales at its coffeehouses rose 2.8 percent for the July 1-ended quarter, sales of consumer packaged goods fell 8 percent, due primarily to plummeting sales of single-serving K-Cups for Keurig home-brewing machines.

However, sales of Caribou’s bagged coffee in grocery stores and to other foodservice accounts are expected to remain in line with long-term targets, they said. Caribou now expects net sales to be flat for fiscal 2012 compared with a year earlier.

To promote the new on-site coffeehouses in Jewel locations, Caribou will run a “text to win” sweepstakes in which guests can win free Caribou beverages for the rest of the year by texting a code designated for new units to a special number.

Caribou operates or franchises locations in 21 states, the District of Columbia and nine international markets.