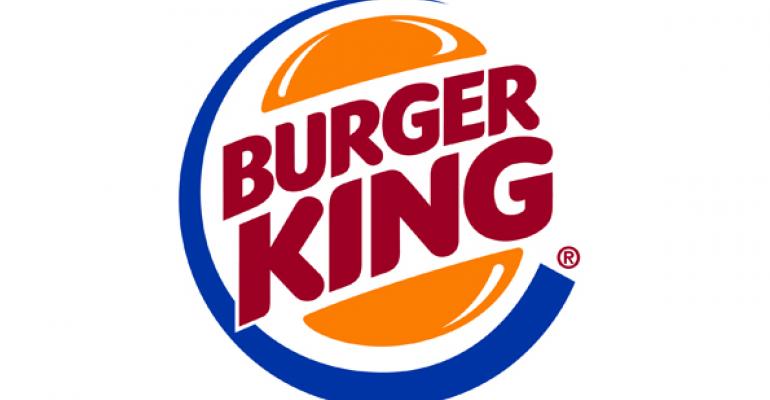 Strategic Restaurants Acquisition Co. replaced menu and promotion boards with LCD displays at most of its Burger King units

The new digital menu boards recently rolled out by virtually the entire Burger King system in the United States are saving hours of labor and have spurred sales of promoted items, a major Burger King franchisee said.

Strategic Restaurants Acquisition Co. of San Ramon, Calif., operates 293 franchised Burger King restaurants in multiple U.S. regions. Nearly all of its restaurants were among the 6,542 domestic Burger King units — or approximately 91 percent of the chain’s total U.S. restaurant base, as estimated by NRN research — that earlier this year completed the replacement of all front-counter menu and promotion boards with flat-panel LCD displays that are fed digital product images, descriptions, prices and promotional information.

Officials of Burger King’s Miami-based parent, Burger King Worldwide Inc., have said little publicly about the rollout of the fully digital menu-board system, which is believed to mark a first among national quick-service chains in the United States. An earlier 12,600-restaurant deployment of digital signage by the McDonald’s chain of Oak Brook, Ill., involved only a portion of its menu presentation linked to the domestic McCafe line of beverages.

The Burger King menu-board move was part of a store-reimaging initiative that intensified after the chain was acquired in 2010 by private equity firm 3G Capital Partners Ltd. of New York, and it preceded an initial public offering earlier this year of about 29 percent of the shares in Burger King Worldwide.

Technology vendor Sicom Systems Inc. handled the menu board installations in all Burger King restaurants, and its software manages and delivers the digital content.

“It looks beautiful and it is definitely clean,” Myrna Schultz, vice president of marketing and development for Strategic Restaurants Acquisition Co., said of the new digital menu displays added to 280 of the company’s restaurants between last December and this past February. “It has a good effect [on sales], particularly related to add-on type items. I think we’ve all been pleased with the results.”

Employees like the menu displays and “consumers love them,” she noted.

Schultz said that while she did not have any data related to sales trends that she can attribute solely to the use of the new technology mandated by the franchisor, she believes Strategic Restaurants' units have seen its impact. She points to the use of a moving image on the digital menu boards about six months back. “Burger King [corporate] decided push down a brownie sundae animation, [and] it had such a huge impact that we didn’t have enough product,” she said.

“It does have a lot of mouth-watering appeal, but you have to be prepared [to meet demand],” Schultz continued, before noting, “The beauty of it, though, is that you can take it [a promotional item] off when you need to.”

Strategic Restaurants uses four menu display panels in its restaurants, while some others go with five, Schultz said. She explained that the hardware package was about $8,500, but with other associated expenses, the upfront tab was about $10,000 per restaurant — some of the cost of which was rebated or otherwise offset by the franchisor.

She said that using digital menu boards “saves a tremendous amount of time from a restaurant [employee] standpoint, which is critical because of labor hours, because they don’t have to mess with pricing any more and they don’t have to mess with putting up merchandising [materials].” From a corporate standpoint, “there is more to do, but it is not crazy,” the marketing and development executive added.

Digital menu systems have been touted as one way to cleanly deal with existing state and local rules or the pending federal regulations tied to nutritional labels on menus, and Strategic Restaurants uses them for that purpose in the California markets where such labeling is required.

Schultz said the deployment of the digital menu boards required coordination between multiple parties, including Strategic Restaurants’ information technology group and outside installation teams. She indicated that her company surveyed its restaurants to make sure that they met the installation requirements outlined by the vendor and removed the old menu hardware on or near the evening of the installation. New hardware had been shipped in advance to each restaurant.

“[The technology vendor] had its own force doing the installations [overnight] and they would do the programming right there in the restaurants and test it. Then it was up to our IT guys to make it work with our prices and the content we wanted to display,” Schultz said.

She said content creation is overseen by Burger King’s marketing group and that there is franchisor-mandated and optional menu content. Her company manages each restaurant to make sure it has the right promotions in place, as well as any animations it wants running. If needed, she said, Strategic Restaurants can assign menu content to restaurants across an entire market with a mouse click on a virtual button.

“We’re putting in Freestyle [beverage] machines in our restaurants, and as they go live, the restaurants notify us and we put that information into the promotional rotation for those restaurants,” Schultz said giving an example of how Strategic Restaurants can plug in optional content when needed.

“Other content is pushed to the restaurants by Burger King [headquarters],” she continued. “We introduced new chicken sandwiches [systemwide] last week, and rather than having every franchise group or restaurant going in and changing their own menu boards, it was an automatic push. It worked fine.”

Editor's note: This story updates the type of displays used at the Burger King units. They are LCD displays.