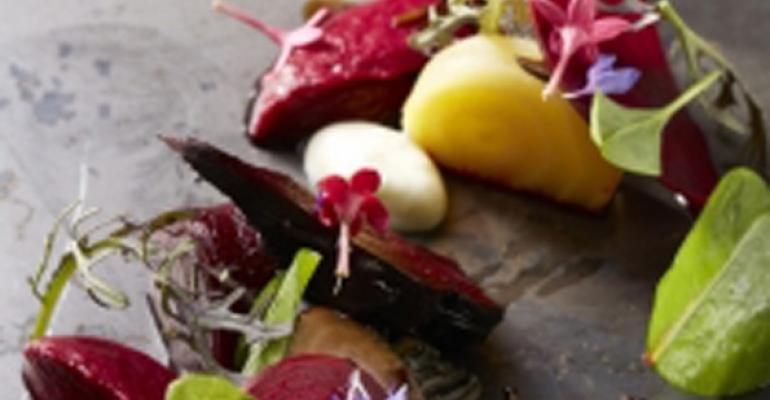 Chef-owner Matt McCallister celebrates beets in many forms in this $11 appetizer. McCallister buries whole beets in post oak ash and roasts them in the oven.

“You get a smoky aesthetic, but almost a tannic flavor,” he said of the technique.

Separately, he pressure cooks some beets with orange juice, coriander and wine — red wine for red beets, white wine for other colors — for 20 minutes.

He slices other beets and cuts them with a round ring cutter and pickles them in three separate liquids — one heavily spiked with ginger, one citrus-based, and a third in a classic beet pickling liquid of bay leaf, peppercorn, mustard, chile and juniper.

He cuts the roasted beets in half and serves them and the other beets with yogurt, wild rice that he puffs up by dropping it raw in a 325° fryer. To brighten up the earthy beets McCallister also adds regular and wood sorrel that he forages.