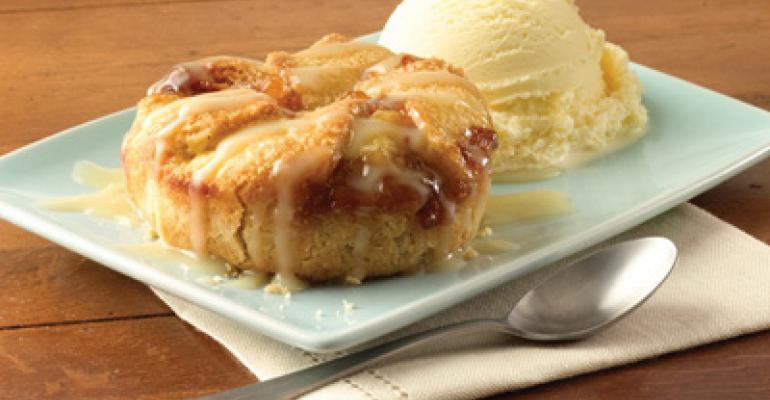 The dish will be available at participating restaurants while supplies last, and features a pastry filled with cinnamon-spiced apple slices and caramel sauce, served with a side of vanilla ice cream. It starts at $5.99 and is part of the Lenexa, Kan.-based chain’s continued effort to refresh its menu.

“We are continually improving Applebee’s menu with new items,” executive director Chef Shannon Johnson said in a statement. “That includes looking at our entire menu — everything from appetizers to desserts.”

Last month, the casual-dining chain rolled out a new Stacked Stuffed & Topped Steaks and Pastas section to its menu. A spokesman for the brand said that more than 80 percent of Applebee’s menu has been revised and updated in the past year and a half.

The Cinnamon Apple Turnover joins other popular Applebee’s desserts, such as the Triple Chocolate Meltdown and Maple Butter Blondie.

Applebee’s has approximately 2,000 locations in 49 states, 15 countries and one U.S. territory.