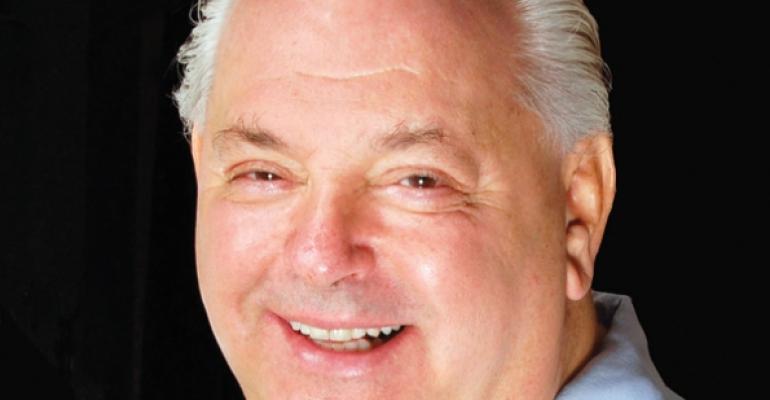 Global markets to stay shaky in 2013

David Coffer discusses what he sees coming for international economics, restaurant industry real estate and lending in the new year.

The restaurant property market in 2012 was full of subtle and not-so-subtle contradictions. The demand for quality sites in such prime international locations as London was as strong as ever, but many foodservice operators felt some pain over the past year and asked their landlords for reductions in rent. The divergence in market conditions was equally as strong in the freehold-investment and owner-occupied markets.

Perhaps the most challenging aspect of the market throughout 2012 was the overhang of difficult access to bank funding and the ever-increasing pressure from statutory authorities in relation to planning, licensing, and health and safety regulations. Nevertheless, in Europe we certainly have seen a phoenix-like quality in operators’ mentalities, and this, I believe, will continue into 2013, albeit with a shortage of stock — and especially in the most popular locations.

In economic terms 2012 was a good year for the leisure sector, according to Ross Walker, economist at RBS Global Banking & Markets. He said the sector registered 5-percent growth in volumes, and the underlying economic fundamentals are expected to be marginally better in 2013, even if the road remains bumpy and sub-trend. A number of eurozone members remain in recession, and the economic disparity among countries is expected to continue to widen. Most of the trouble remains in southern Europe — Greece and Spain will continue to be the focus of attention — due to the many austerity measures and high levels of unemployment. This has an overall weakening effect on northern Europe. Germany has elections in September, which also could have an economic impact.

Despite better reports from Asia over the past few years, the outlook for the coming year is thought by economists to be less buoyant. Japan also went into recession in 2012, and China experienced some troubles, as well. Its growth is said to have dropped from 10 percent to 7.5 percent in 2012, but it has the benefit of consistent export of its products worldwide, even if exports have been weaker as a result of lower demand for goods in the West.

There are indications that 2013 will see dynamic expansion into the provinces that have greater opportunities owing to cheaper cost of entry. Whereas it has been prime capital and city locations in Europe that have benefited the most this year, it could well be that regional locations may see the first signs of stability in 2013 — though recovery may lag — and savvy buyers will now be starting to acquire the best restaurant sites in regional locations for cash as they see light at the end of the tunnel.

No thaw in lending

On a more negative note, we don’t expect that 2013 will see any thaw in lending, which will remain at low levels for both businesses and property because of the multiple constraints under which the banks are operating. It would be helpful if lenders took a more discriminating attitude in their lending. There seems to be very little difference between terms offered to rising-star restaurant businesses and those offered to mediocre businesses. The banks must get smarter and lend more willingly to well-managed growth businesses and be more brutal with zombie businesses.

This year will see an increase in corporate transactions in the sector, with overseas buyers and private equity playing a major part. With any luck the banks will be selling some of the assets they control in both the managed and tenanted sectors. We expect to see a few trophy assets being sold in London as foreign property buyers pay big prices. We may see some selective sale and leaseback transactions, too, as well as activity involving private equity investors. The private equity community is looking closely at the pub sector in the United Kingdom, in particular.

Another issue for many restaurant operators in Europe is lack of stock. At Davis Coffer Lyons we leased the remaining restaurant units that had vacancies within new developments before the economy went into decline. But with this stock now drying up and with a very limited supply of worthwhile new development projects going forward, the situation will only get worse.

This will lead to more aggressive asset-management policies by landlords to ensure that underperforming sites are replaced in order to refresh the lineup and deliver better remuneration.

The leisure pound, as it used to be called, may not be going as far in 2013, and the public will be even more careful in their decisions about when and how often to dine out. The opportunity for home delivery and supermarket meal supplies will be ever more appealing and will make inroads in many operators’ revenues.