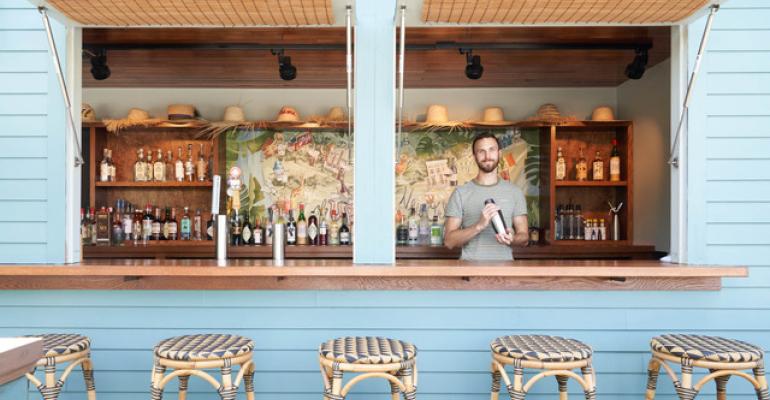 Robert LeBlanc, CEO and creative director of LeBlanc + Smith, turned to the lean management model of carmaker Toyota to revamp staffing and compensation at its Big Easy hospitality venues, which include Anna’s, Barrel Proof, The Chloe Hotel and Sylvain.
News>Independent Restaurants

By turning the management and compensation model on its head after three months of COVID-19 closure, the LeBlanc + Smith group in New Orleans, La., has literally — and quite successfully — turned over the keys of the business to the hospitality team.

Robert LeBlanc, CEO and creative director of LeBlanc + Smith, turned to the lean management model of carmaker Toyota to revamp staffing and compensation at its Big Easy hospitality venues, which include Anna’s, Barrel Proof, The Chloe Hotel and Sylvain.

LeBlanc + Smith recently closed its Cavan restaurant, turning it into an events space after damage from this past summer’s Hurricane Ida. It also plans in October to reopen the Longway Tavern, closed in February on Toulouse Street in the French Quarter, as The Will and The Way wine and cocktail lounge.

LeBlanc, 43, was featured in September on the new PBS docuseries, “Future of Work,” for redesigning his business-employee model when reopening in June 2020 after three months of COVID-19 pandemic closures. 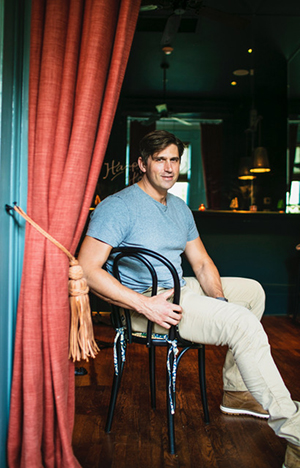 LeBlanc, left, trimmed staff, paid everyone an equal salary and retrained workers to multitask. Full-time employees each have a salary of $30,000 a year and time off, benefits and tips are split between the front of the house and the back.

He said the one-piece-flow, lean manufacturing model allows the team to accomplish more — everyone completes each task, so whoever makes the food or cocktail, for example, serves it to the table rather than handing it off to the waitstaff. The result is fewer positions, but employees receive higher pay.

“We invested more money in fewer team members,” LeBlanc said in an interview. “During COVID, fewer team [members] were available. People just left the industry and weren't really willing to come back to work.” LeBlanc’s payrolls are almost identical to the pre-COVID era but with 40% fewer team members, he said.

“We're spending almost the same payroll for 60% of the people,” he said of the redesigned structure. “COVID gave us a clean stopping point. We were closed down for three months to rethink everything and redesign everything.”

While each employee got an annual salary of $30,000 for a 40-hour workweek, some workers have shifted to shorter workweeks.

A third aspect was committing to training and development, LeBlanc said, which applied to the entire team.

“We had some training development plays which were primarily spent with the salaried people,” he said. “We created a much more detailed and intensive education program that develops skills for everybody on the teams.” Training covers fewer technical skills, like opening wine, and more of the strategy of leadership and defining goals in marketing and financial management, he said.

LeBlanc had borrowed from the carmaker Toyota’s production system of lean manufacturing as a model.

“The idea is to constantly seek to eliminate waste — waste of motion, waste of processing, waste of inventory,” he said. “We’re constantly approaching the business from the idea of making things more simple, more effective, more efficient.” 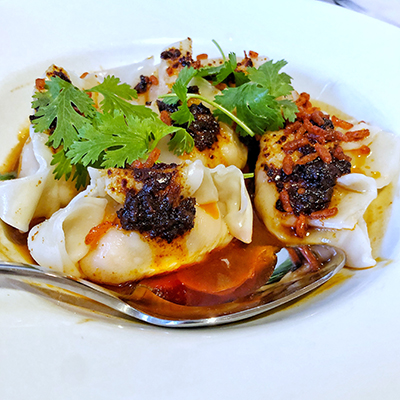 Another aspect is problem-solving skills. “Problems are just things that create friction points,” LeBlanc said, “but the things that create friction make things less efficient. We started talking about problem-solving. Maybe before COVID team members were less likely to speak out about things. They thought it might be seen as whining or complaining. Now they're being really forthcoming and proactive about problems.”

LeBlanc, who began his hospitality career in college as a bartender — “the Jack and Coke variety,” he admitted — and a grill cook, said implementation of the new lean management system had its hurdles.

“It felt natural,” he said, “but the implementation was a little difficult because you have to take people and get them to unlearn some things.”

The new model attracts more candidates for positions, but the vetting is more difficult, LeBlanc said.

“It’s harder to identify the exact right person to fit into the culture,” he said. “It is much more devastating or detrimental if you get the wrong person. … It makes the hiring process a lot more challenging because you really have to work hard, you really have to interview more thoroughly.”

And that gets to keys.

“Giving everybody a key to the business is actually very smart,” LeBlanc said. “It's been a game changer.”