(from the perspective of her son, Joe DeIorio)

Gilda DeIorio is an 84 year old Italian immigrant.  She opened her first small business, IORIO Deli, 43 years ago in Roselle Park New Jersey and 23 years later, expanded her business with a boutique banquet hall, La Casa di Martino, named after her family in Italy.  Everyone who knows Gilda, calls her by her self-proclaimed title, “The Boss.”  It’s a title of respect and embroidered on all of her work uniforms […]

We were fortunate, after losing other opportunities for funding, to properly prepare for the Restaurant Revitalization Grant, participating in the SBA zoom webinars, pre-registering, preparing all of our financial documents in advance, and applying on the first day.  […] On May 14th we were notified by email that we were awarded $74,746.43 and would receive funds within 3 to 7 days.  But after that, it became difficult to get direct answers from the SBA.

My mother withdrew her lifetime savings to pay property taxes, mortgage, utility and insurance payments. Family members lent funds to paying for food inventory so we could have products to sell. We felt so hopeful that the grant award would get us back to the starting point and start fresh instead of feeling we can’t get ahead.

We followed every instruction, did everything asked for, and now feel like we have been punched in the gut and abandoned by the federal government. This is the first time my mother ever used her status as a female business owner, to apply for federal assistance.  Had we known the outcome, we would have applied after the 21-day priority period, and probably would have been awarded.

I only just took over the restaurant in December 2019 from a tired operator.  When the restaurant was first ordered to shut down mid-March 2020, we tried to do takeout.  But since we are a teppanyaki restaurant, the experience of having chefs cooking in front of you is the major attraction, so, takeout was just not worth keeping the door open.  We were closed for a total of four and a half months during the pandemic.  Closing the restaurant only exacerbated the deferred maintenance situation.

When I heard about the Restaurant Relief Fund, I was really excited because this meant I could fix all the stuff that needs fixing and pay competitive wages to hire more staff, or even do some advertising.

When I received the email from the SBA announcing the closure of the fund, I was furious.  I submitted my application the first day the portal was open.  I was supposed to be in the priority group, so I thought I was a sure in.  I was on pins and needles the whole time and all the while I just read about the horror stories. I called the SBA hotline many times, but that led to nowhere.  There was no channel provided by the SBA that we could find out any details.  I was desperate.  I reached out to the media, my senator and my congresswoman to no avail.  I am so frustrated, but I guess the only thing I could do is pray that Congress will replenish the fund.

We are a small family-owned Butcher shop, deli and catering company. On March 17, 2020 we received notice of a complete shutdown of all unnecessary businesses. The following day we were inundated with local families looking to fill their freezers with food and the panic set in. We just kept our heads down, worked 14-hour days and processed over 1,000 pounds of meat a day to give our customers the food they needed. […] As a family we decided to keep the prices at an affordable cost and help the community. After all, if you don’t support your community during challenging times how can you expect them to support you? […]

I did get a small PPP grant for $20,000. This helped ease the burden of the losses we incurred. Our deli and catering were completely shut down until June of 2021 when California opened up. This was 1/3 of our business and always helped with cash flow. I applied for the Restaurant Revitalization Fund and was very surprised to receive an email stating I was awarded $28,300. It wasn’t much but it was needed. […] I began reopening the deli and hot foods. I ordered the inventory and started promoting the opening.

On Saturday evening at 7pm I received an email stating my grant is not being awarded […] There was no new information, no following communication. In fact, when you call the RRF hotline they do not even know who you are and what happened to your funds. To this day I have not been able to get any answers. The worst of this is I did not make an application as a woman-owned business, my application was the same as everyone else’s and I did not apply for priority status and was never told that was the case. […] And what happens now?

We really counted on the Restaurant Revitalization Fund and started to get the runaround about our application right before the news hit the Internet about the lawsuit. I am currently in the process of beginning to dissolve my business thanks to not receiving needed funding.  All throughout the pandemic my business began to take care of our families and elders in Chicago by giving away groceries and COVID care kits. I exhausted all of our funds taking care of the people and unless we get funding, we will have to close our doors.  I feel abandoned and left for dead by a fund that was designed for us.

Established in 2011, Nutty Squirrel Gelato is a woman-owned and operated ice cream business in Seattle. We own two locations and provide catering and wholesale services. We take a lot of pride in what we make and how we serve our communities. Even during the pandemic, we planned free COVID-safe community events to keep the neighborhood spirit up, and organized fundraisers to support 17 local schools.

We went to the SBA webinar a week prior and compiled all the information required [to apply for the RRF]. We completed our application within 44 minutes of the portal opening. We were approved on May 20th with a promise to receive our funds by the end of May. When money didn’t come, we called the RRF hotline. Each time, we were reassured that it would come any day now. Instead, we received the cancelation email on 6/23.

What the SBA ignores is how detrimental this reversal is for small businesses. With the confidence of SBA’s RRF promise, many of us began ramping up our operations: we ordered repairs, hired people, increased inventory. After 15 months of hibernation, how we come out of Summer 2021 will mean life or death for many of us. RRF would have given us a chance to charge into the season full-on and restrengthen our business back to stability. Instead, it’s caused complete chaos in our operations.

My 3 cookie stores are all located in shopping malls, which were closed by the end of March 2020 due to the pandemic because shopping malls are not "essential " businesses. Suddenly, I was extremely scared because my businesses had rent and other bills due with zero revenue coming in. […]

The stores were completely closed for 9-12 weeks, and business was way down throughout 2020 and well into 2021 as people were afraid of going to the malls. I used third-party delivery services and curbside carry out and I tried everything to increase sales. Despite these efforts, sales were often down over 50% from 2019 sales, and past-due bills continued to accumulate. Currently, business is still down around 38%.

I applied for RRF on May 3 as soon as the portal opened. I desperately needed these funds for basic bills such as rents, PPE, inventory, repair equipment, utilities, employee salaries, and all of my past-due bills. It would have relieved stress and the constant fear of losing my stores.

I feel unlucky as over 100,000 businesses were approved for and received funds. I am one of a small group of unfortunate business owners who received SBA RRF approval notices. I received my notice on May 20 said funds would be deposited in my account in 3-7 days, which later changed to 14 days. I was calling the SBA hotline daily for updates, was told not to worry as there was a delay. After 4 weeks, received another notice from SBA on June 23rd telling me I was denied. I am disappointed, confused, and angry. 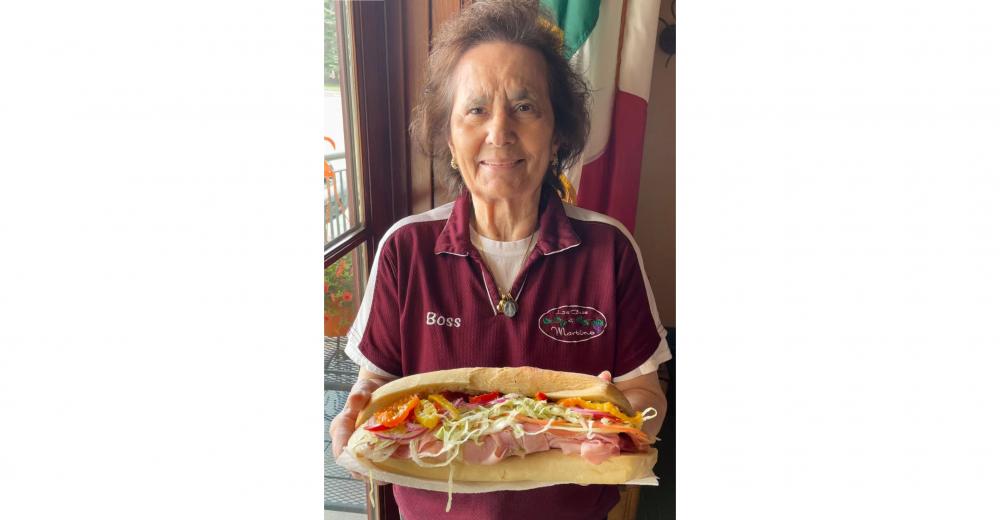