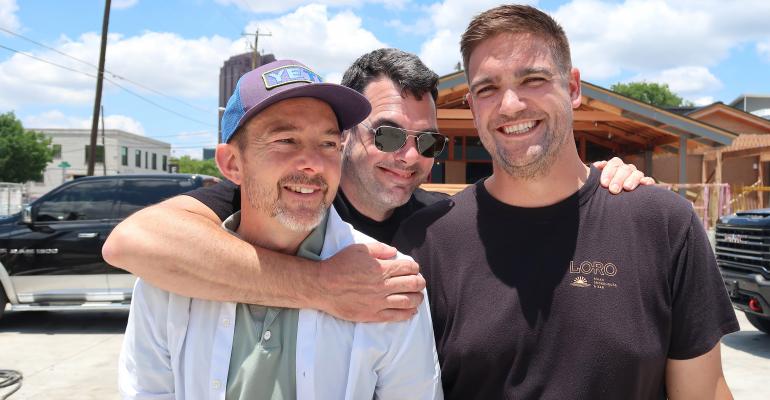 Hai Hospitality is teaching Texas and Florida how to dine with a Japanese accent, and the regional powerhouse plans in 2022 to expand its nine-unit footprint.

A year ago, an affiliate of private-equity group KSL Capital Partners LLC invested in Hai Hospitality, providing capital for expansion.

Related: How one nightclub group with four locations turned into an established restaurant group with 13 in just over a year

Tony Montero, Hai Hospitality CEO for the past four and half years, said a third Loro is underway in Houston, where it will occupy a former church building in The Heights. That Loro will open in 2022, following one that opened in Dallas in July. “It’s going to be an amazing, amazing design,” Montero said.

Montero said Hai is targeting three to four new locations for 2022. Some openings planned for 2021 were pushed into next year, he added, but he noted that Hai does not want its development pipeline to get beyond its ability to provide seasoned managers and employees for the units.

“We're building two pipelines,” said the executive, who has worked with The Cheesecake Factory Inc. and the former Craftworks. “We have our development pipeline and then we're building a people pipeline, and if either one gets out of whack we’ll either put on the brake or the gas.”

Also, supply chain is a hurdle in development.

“Between supply chain and everything else, they are getting pushed,” Montero said. “We basically bought the [equipment] packages for the next four restaurants, now things like screws and steel are seeing shortages.” A similar number of openings are planned for 2023, he noted, including a possible second location in Miami as well as perhaps something in Phoenix or New York City.

Montero said regional groups like Hai are great for maintaining an independent feel, even though they also show consistency and competence when a guest comes in.

The pandemic did change how Hai Hospitality concepts do business. Uchi, for example, had done little to-go business, and that changed early in the pandemic, Montero said.

The team also had to rethink how they did reservations. Prior to COVID-19, the concepts would do 60% reservations and 40% walk-ins.

“Now we're more 80-85% reservations and 15% walk-ins,” Montero said. The side effect, he added, was guest sentiment has risen.

“I think for most CEOs and most operators,” Montero said, “the pandemic has made us all stronger. There's been good innovation that has come out of the really bad situation.”