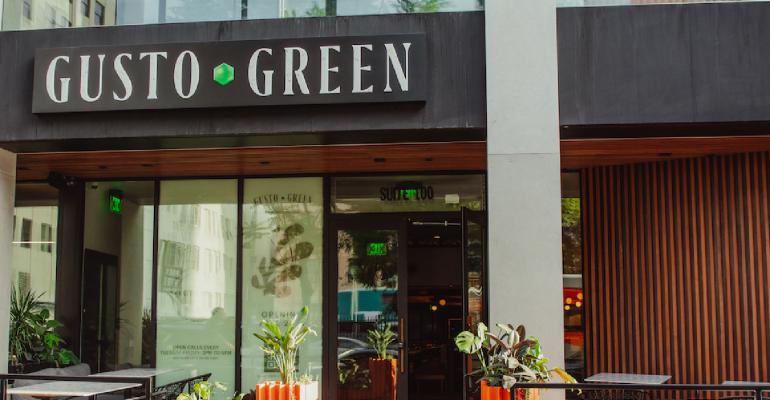 Aliza J. Sokolow
Managing Partner Jeronimo De Miguel said the restaurant’s menu champions plants — and not just the cannabis plant. It’s not vegan or vegetarian, though there are plenty of options for those who are.
News>Independent Restaurants

Los Angeles is attempting to cement its position as the epicenter of the burgeoning cannabis industry, and at the food-and-beverage heart of that effort is the new restaurant Gusto Green.

Launched in January, Gusto Green serves as the upscale dining hall of sorts and playground for the Green Street Building in downtown LA, an office building that is home to the cannabis consulting specialist Green Street Agency, as well as 40 or so cannabis-industry companies. Created as a joint venture and operated by the Gusto 54 Restaurant Group, the 220-seat restaurant is also open to the public as a café, bar and plant-forward lunch and dinner spot. For Green Street events, there’s private dining and a rooftop lounge.

The opening menu was created by Chef Michael Magliano, whose background includes stints at The French Laundry, as well as Animal, Soho House and Quince. After the first couple months at Gusto Green, Magliano departed amicably, according to Gusto Green officials, and Chef de Cuisine Michael Stern is currently at the helm. [Magliano, however, said he was fired and it was not amicable, and several months after the opening he was still fighting for compensation he said he was owed.]

Managing Partner Jeronimo De Miguel said the restaurant’s menu champions plants — and not just the cannabis plant. It’s not vegan or vegetarian, though there are plenty of options for those who are. “We call ourselves omnivore-friendly,” said De Miguel. “There’s something for everybody.” 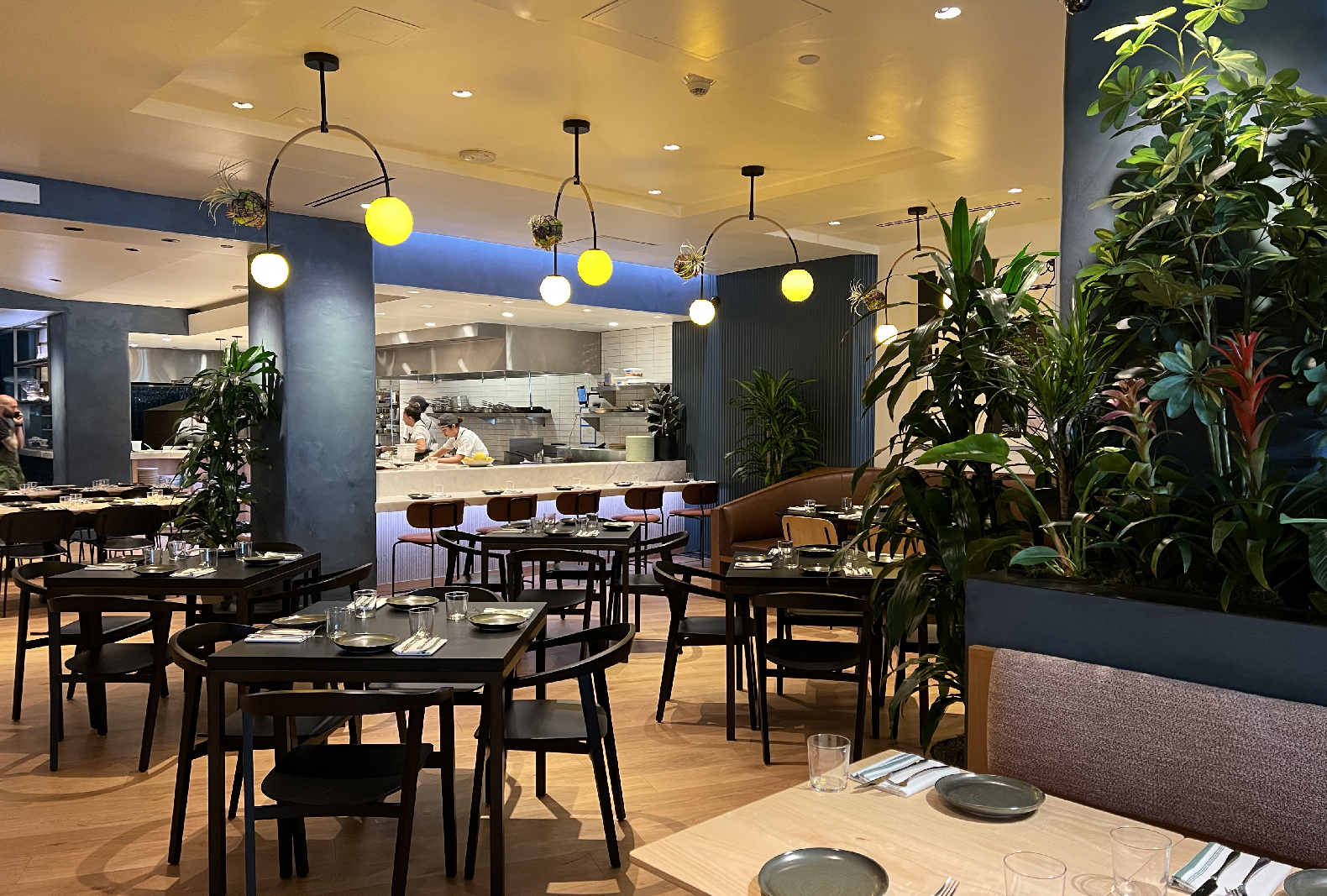 Cannabis is not on the menu, of course, though derivations without tetrahydrocannabinol, or THC, are. 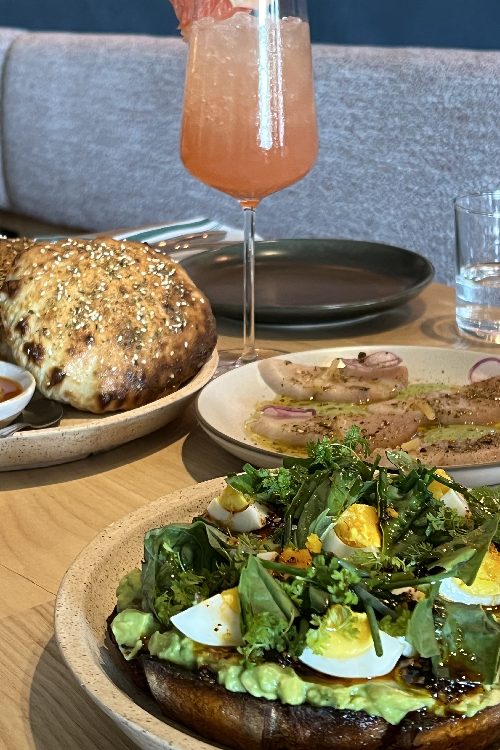 Sourdough puffed pitas are sprinkled with hemp-heart za’atar, for example, and cocktails can be spiced up with a drop of terpenes, but De Miguel said neither contains the elements that could make someone high. The idea is to showcase cannabis-related ingredients that are high in nutrients and increasingly sought after for wellness benefits. 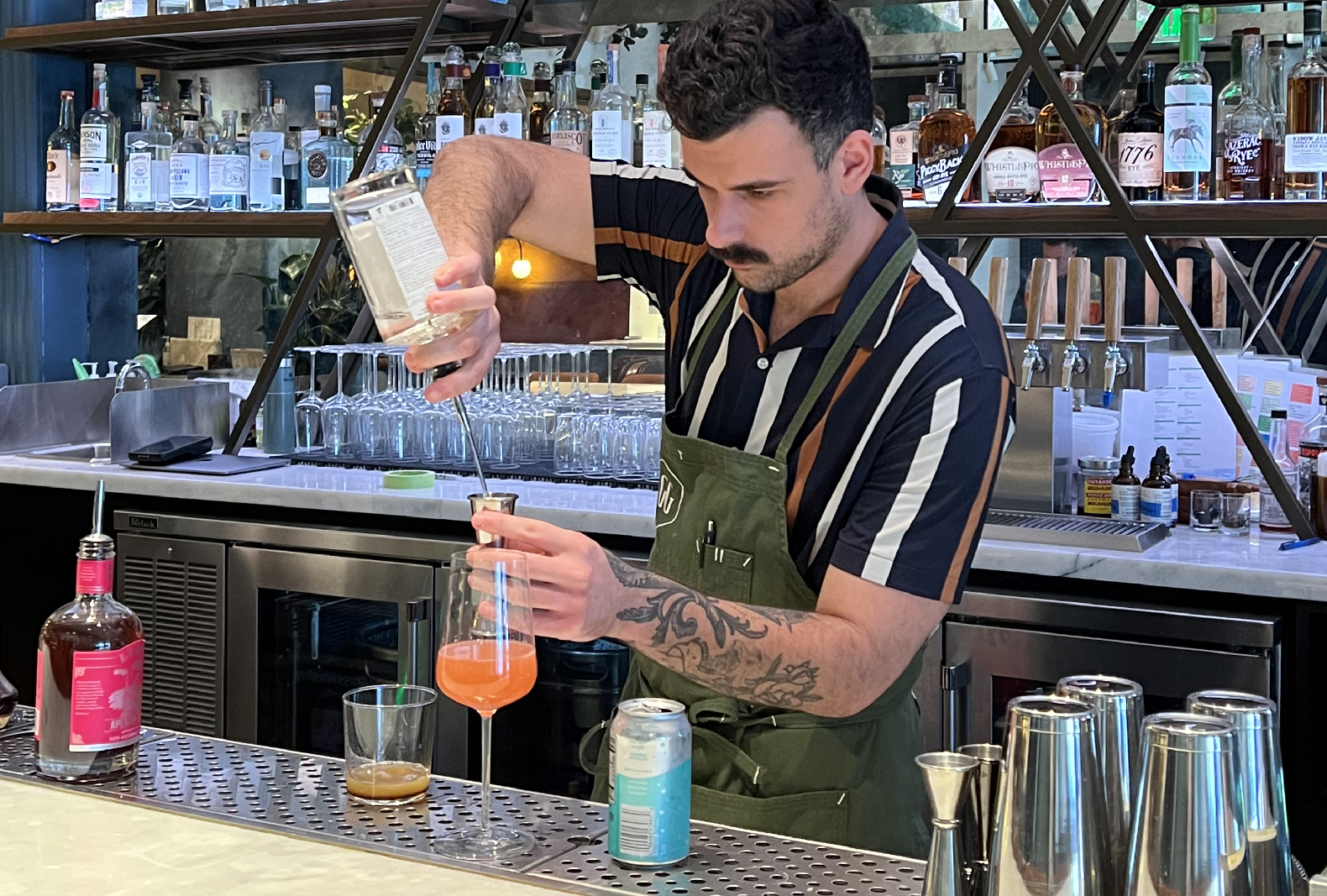 The goal, said De Miguel, is for Gusto Green to become the anchor for the lifestyle brands that grow out of the Green Street family, including a line of proprietary products that will be launched under the Gusto Green banner.

It’s an idea the investors hope to take to other cities as acceptance grows for the new contemporary — and legal — world of cannabis.

UDPATE: This article was updated with new information from opening chef Mike Magliano.