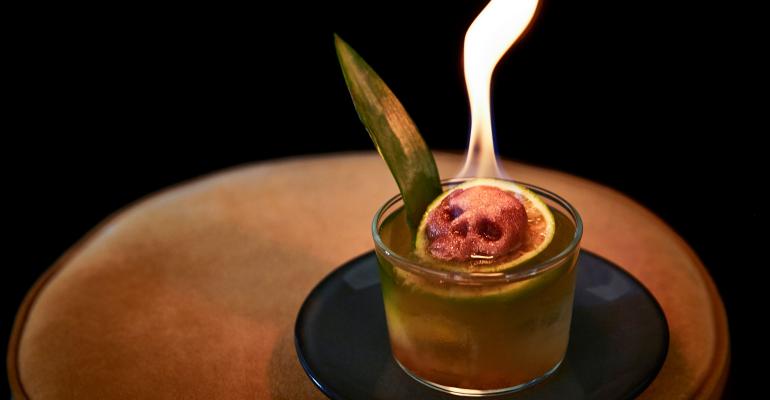 Mexico City-based Grupo Carolo and the backers of the Eureka casual-dining concept plan to bring the upscale La Popular to the United States, with plans for California this year and Nevada and Texas next.

The first U.S. La Popular is scheduled to open in Roseville, Calif., in November with openings planned for Las Vegas, Nev., in February and Austin, Texas, in March, the company said. The Roseville location will cover 3,760 square feet with a 1,490-square-foot patio. It will seat 191, including 20 bar seats and 72 on the patio.

La Popular’s menu will be overseen by Cesar de la Parra Coghlan, the executive chef who also oversees Eureka’s menu, and will showcase traditional Mexican dishes, the company said. The concept will also offer a cocktail program with a selection of 80 tequilas and mezcals, overseen by Trevor Tyler, the vice president of beverage operations.

“We are excited to introduce a vibrant, authentic home-grown Mexican restaurant to the United States,” said Paul Frederick, founder of Eureka Restaurant Group and Rockets + Pineapples, in a statement. “With its approachable menu and vibrant atmosphere, we hope that La Popular will become a community gathering destination for friends and families alike.”

Rockets + Pineapples is also working on other concepts expected to open in 2023, including The Amalfi Llama and Electric Pickle, which will emphasize pickleball.

“To me, Mexican cuisine is so much more than food; it encompasses the country’s sense of community and place,” said Eduardo Gomez, CEO of Grupo Carolo and Rockets + Pineapples.