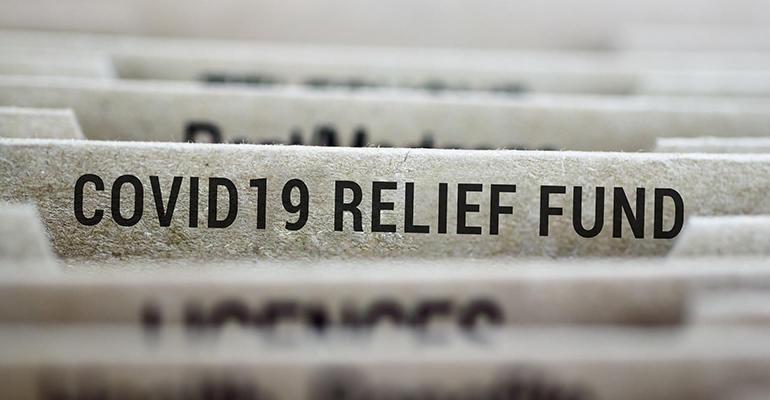 oonal / iStock / Getty Images Plus
The IRC has not yet received a response from the SBA.
News>Independent Restaurants

The IRC has submitted a FOIA request for more details on applicant submissions, process of approval and whether or not they were considered priority applicants

Restaurant advocacy group, the Independent Restaurant Coalition, announced Thursday that they filed a Freedom of Information Act request in June demanding that the U.S. Small Business Administration release more information on what happened with the Restaurant Revitalization Fund after the SBA rescinded funding approval for an unknown number of applicants following multiple discrimination lawsuits.

In June, the SBA was challenged in court by multiple lawsuits filed by white, male restaurant owners claiming discrimination because the government office prioritized women, veterans and minorities in the first 21 days that the Restaurant Revitalization Fund portal was opened. Eventually, the court claimed that the SBA’s prioritization on the basis of race and sex for the first 21 days of the program was unconstitutional and they had to halt payments to 2,965 previously approved RRF grant applicants.

Related: The SBA is closing the Restaurant Revitalization Fund portal on July 14

The following week, multiple rounds of letters either rescinding previously approved RRF grants or outright rejecting applicants were sent out to foodservice businesses, though this time with no public confirmation from the SBA. The SBA later announced that they are no longer taking applications and that the Restaurant Revitalization Fund application portal would close on July 14.

This week, the SBA released data detailing the average RRF grant size approved through June 30 ($283,000), as well as the number of and percentage of grants broken down by revenue bracket, state, and business type. However, the IRC argues that small businesses deserve to know more information about how grants were approved, given the confusion over the last month.

In the FOIA request, the IRC asked for:

“Nearly 200,000 restaurants have applied for a Restaurant Revitalization Grant didn't receive the assistance they needed,” Erika Polmar executive director of the Independent Restaurant Coalition said during a press conference Thursday. “And to make matters even more trying for these small businesses on June 7, as a result of the lawsuits filed in District Court, the Biden administration began to rescind funding promised to restaurants on by Black Americans, Hispanic Americans, Asian Americans, veterans and women. These restaurants and bar owners have been shut out of existing pandemic relief programs. Since then, we have spoken to dozens and dozens of impacted business owners who are confused about what's next.”

Congress introduced legislation for a $60 billion replenishment of the RRF in June, but there is no word yet on if or when that legislation would be voted on in Congress before the August recess.

The IRC said they have been in contact with the SBA repeatedly and “do not have clarity on how applications will be processed when the grant fund is refilled,” so there is no word on if previously approved applicants will be first in line if and when a second round of funding is approved.