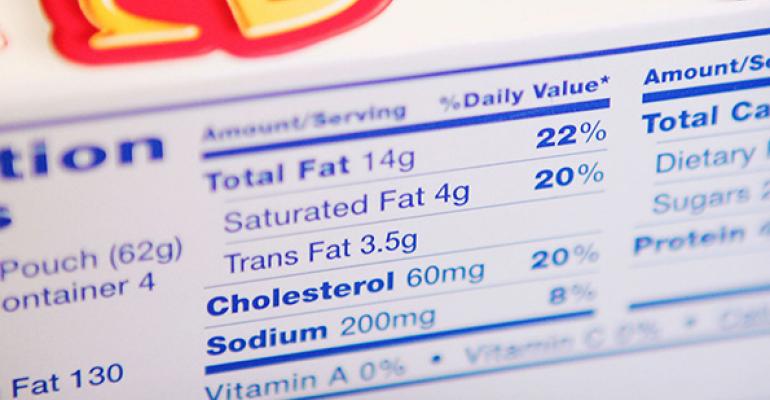 The FDA signaled this move in 2013, and much of the foodservice industry has been working to eliminate artificial trans fats since, given concerns about potentially negative health effects.

“The FDA’s action on this major source of artificial trans fat demonstrates the agency’s commitment to the heart health of all Americans,” acting FDA commissioner Dr. Stephen Ostroff said in a statement. “This action is expected to reduce coronary heart disease and prevent thousands of fatal heart attacks every year.”

Companies will have three years to fully eliminate artificial trans fats, which should allow restaurants time to reformulate their recipes, the FDA said.

But smaller chains and independent operators may still be using partially hydrogenated oils, which are used to improve the texture of some foods and extend the shelf life of others. The FDA’s move will force the industry to completely eliminate their use.

The National Restaurant Association has opposed a complete ban of artificial trans fats, noting that restaurants have been moving away from their use voluntarily, and that it is “virtually impossible” to fully eliminate trans fats.

“Providing patrons with safe, wholesome and enjoyable food is the restaurant industry’s top priority,” Joan McGlockton, vice president of food policy for the association, said in a statement Tuesday. “The National Restaurant Association’s members work diligently to offer choices that meet a variety of consumers’ preferences. Today’s announcement out of the FDA comes at a time when restaurateurs have largely reduced or eliminated partially hydrogenated oils from menu items.”

McGlockton suggested that the industry could petition the FDA to preserve restaurants’ ability to use small amounts of partially hydrogenated oils for certain uses.

“As the restaurant and foodservice industry works to comply with FDA’s decision, we will continue to educate our members and encourage FDA to promptly review and respond to any food additive petitions regarding the use of low levels of (partially hydrogenated oils),” McGlockton said.

In 2006, the FDA required food companies to label the amount of trans fats in their products, with a note stating that no percentage of trans fat consumption was considered safe.

Trans fat consumption decreased 78 percent between 2003 and 2012, according to the FDA. The Center for Science in the Public Interest, a public advocacy group, estimated that about 85 percent of artificial trans fats have been eliminated from food products.

“The eventual elimination of artificial trans fat from the food supply will mean a healthier food supply, fewer heart attacks and heart disease deaths, and a major victory for public health,” Michael Jacobson, executive director of the Center for Science in the Public Health, said in a statement. The center called the FDA’s decision Tuesday a “public health victory” that “will result in a decreased incidence of heart disease.”

Still, the FDA said trans fat consumption remains a concern. In 2013, the agency made a tentative determination that partially hydrogenated oils could no longer be considered safe. It then took public comments from stakeholders about the proposal.

A 2012 study by the Centers for Disease Control found that levels of trans fats in Americans dropped considerably from 2000 through 2009, a period during which restaurants reduced their use of artificial trans fats.