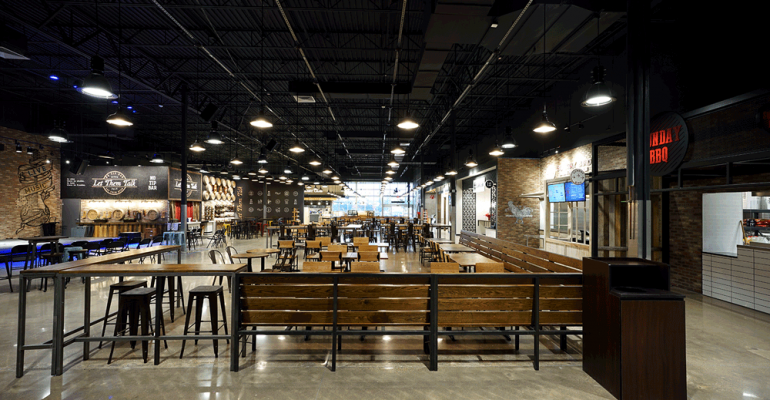 Start Slideshow ›
Up to 10 venues planned, including two from Korean chef Deuki Hong

Hmart, the largest Asian supermarket chain in America, started as a corner store in Queens and now has more than 60 locations nationwide with another 15 expected to open this year. At a new location in Austin, Texas, Hmart is adding a new feature that will be grown nationwide: a Korean food hall.

Open on Feb. 15, the food hall concept, dubbed Market Eatery, will be featured in about half of the new stores going forward. But this first launch in the 68,670-square-foot store in Austin felt like the perfect starting point to Stacey Kwon, Hmart’s president and daughter of Hmart founder and CEO Il Yeon Kwon.

“Austin’s unique vibrancy” and “the city’s ever-changing culinary landscape” were the big draws, Kwon said. “We are constantly trying to provide top quality food and service to our guests and to promote our rich and robust culture.”

Hmart is known for its wide selection of Asian products. The name is short for Han Ah Reum in Korean, meaning “one arm full of groceries.”

Likewise the food hall features a lineup of Korean vendors showcasing everything from cosmetics to shaved ice. The hall will include seven to 10 dining experiences, including two from Korean chef Deuki Hong.