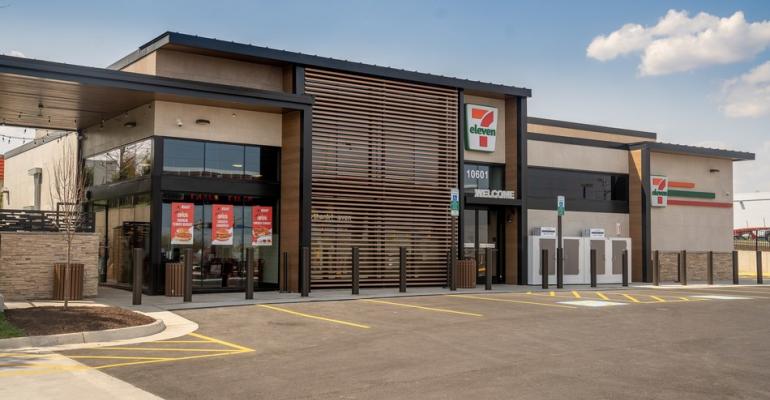 7-Eleven
7-Eleven has been focusing on its own restaurant brands since purchasing the Texas-based Laredo Taco Company foodservice concept in 2018.
News>Grocery & C-Store

The newest “Evolution Store” features the second outlet of 7-Eleven’s Raise the Roost Chicken and Biscuit restaurant and what appears to be the first location of a new concept, Parlor Pizza, which offers hand-tossed, made-to-order pizzas

It was not immediately clear if the new Parlor Pizza concept was developed in-house or is a licensed brand.

The store is one of eight Evolution Stores that the Irving, Texas-based company described as “an experiential testing ground, where customers can try and buy the retailer's latest innovations in a pioneering store format.”

“Today's opportunity is in the QSR space, and we are responding by aggressively rolling out our restaurants across the country — both in Evolution Stores and beyond,” he said.

Billed as “Chicken Worth Crossing the Road For,” Raise the Roost, which 7-Eleven debuted in its New York City Evolution Store in 2020, offers fried chicken tenders hand-breaded with a proprietary blend of Southern spices, freshly baked biscuits, bone-in and boneless wings tossed with house-made sauces, chicken sandwiches and breakfast sandwiches. The in-store restaurant offers both made-to-order and grab-and-go options. 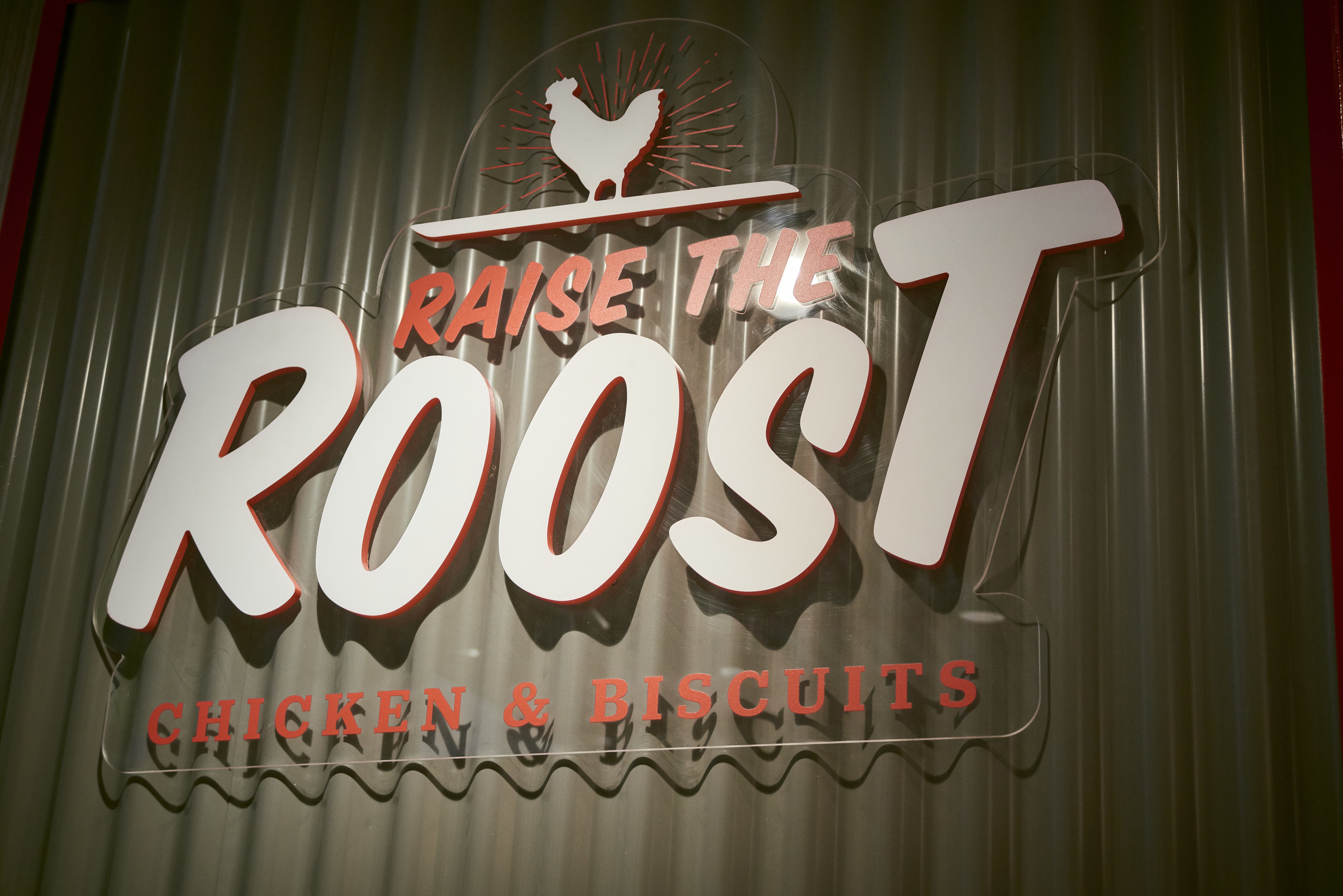 7-Eleven debuted Raise the Roost in its New York City Evolution Store in 2020.

Pizzas and other baked items at Parlor are cooked in a conveyer-style oven to provide speedy service, the company said.

The two onsite restaurants are located side by side in the store, with separate order counters and shared indoor and outdoor seating.

7-Eleven first showcased the restaurant brand in what it described at the time as “lab store” that it opened in 2019 in Dallas. It has since opened Laredo Taco Company outlets in several stores, including multiple Evolution Store locations. Earlier this year the c-store chain opened the first drive-thru Laredo Taco Company outlet at a 7-Eleven Evolution Store in Dallas.

The new Manassas Evolution Store also is the first Evolution Store to serve as a real-world testing ground for 7-Eleven’s “Sips and Snacks” emerging brands program, the company said. Packaged-food startups since 2018 have been submitting their products for evaluation by 7-Eleven franchisees and company employees, who vote on their favorites. The winners, which include products from Koia, Perfect Bar, Roar, Bitchin’ Sauce and Mush, get placement on the store’s shelves.

Other features of the Evolution Store concept include a Wine Cellar and Beer Cooler, fresh-baked-on-site croissants and cookies, customized espresso drinks and artisan craft sodas and sparkling waters.

7-Eleven operates, franchises and licenses more than 73,000 stores in 16 countries and regions, including 12,000 in North America.