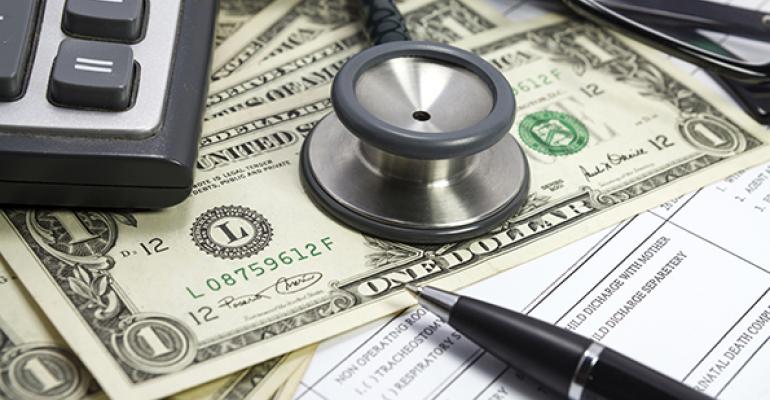 Five years after its passage, the U.S. Supreme Court upheld the Affordable Care Act Thursday, in a ruling on a case that challenged the law, but trade groups representing restaurant operators said the legislation needs to be changed.

In statements following the ruling, the National Restaurant Association and the National Council of Chain Restaurants continued to push for reform of the measure designed to expand health care coverage, which they say will increase cost and complexity for restaurant owners.

The statements reveal the groups’ frustration that little has been done to address these concerns amid a sharply divided government.

“While today’s decision by the Supreme Court is one of great importance to the dialogue on health care coverage across the country, there are issues with the current law that need to be addressed,” Dawn Sweeney, president and CEO of the National Restaurant Association, said in a statement.

“We are concerned that the issues impacting restaurants and the employer community at large have yet to move forward in Congress. Certain provisions within the ACA, like the definition of full-time employment at 30 hours, the lack of clarity regarding reporting requirements, auto enrollment, the inconsistency of defining ‘seasonal employment’ and the process of determining which businesses are considered ‘large’ under the law have placed an enormous amount of undue burden on American businesses large and small,” Sweeney said.

Likewise, the National Council of Chain Restaurants, part of the National Retail Federation, said that it wants the law reformed.

“NCCR opposed the ACA when it was passed by Congress, and we still do,” NCCR executive director Rob Green said in a statement. “The ACA’s employer mandate and unique coverage requirements inflicts negative impacts and unworkable costs on chain restaurants and its thousands of small business franchisees.

“Reform to our nation’s health care system is desperately needed, and now that the court has ruled we look forward to Congress revisiting the law to bring about greater health benefit affordability and improved access to affordable health insurance coverage for employees. Several commonsense measures are pending that would help bring down the cost of health insurance, and NCCR stands ready to work with lawmakers on bipartisan reforms to achieve that result,” Green said.

The U.S. Supreme Court ruled 6-3 Thursday in the case of King v. Burwell, which challenged ambiguous terminology in the law regarding tax credits paid to residents in states that refused to set up their own health insurance marketplaces.

The plaintiffs, four Virginia residents, argued that phrasing in the law should have kept residents in states without their own exchanges from getting tax credits that would enable them to buy insurance. Millions of Americans could have lost health insurance coverage if the Supreme Court ruled against the federal government.

Opponents of the ACA, often called Obamacare by critics, hoped the ruling would damage the law, which has been a major source of political tension since it was passed in 2010.

Restaurant owners, as well as the trade groups, have been among the ACA’s most vocal opponents, because restaurants have substantial labor costs and employ many part-time and low-wage employees, who often don’t have health coverage. The law’s coverage mandates could increase their costs considerably.

Still, restaurant companies have been implementing the law for years now, and many are preparing for next year, when companies with 50 or more workers will be required to provide employees coverage.

That has trade groups pushing Congress to make changes to the law. In particular, groups want to see the law’s definition of “full time” changed to employees who work 40 hours per week. The law currently requires businesses with 50 or more workers to provide coverage to “full-time” employees who work 30 hours or more per week, or 130 hours per month or more.

Bills have been introduced in Congress that would change the law’s definition to 40 hours, and the NRA, along with the International Franchise Association and other groups, have joined together to push for the measure.