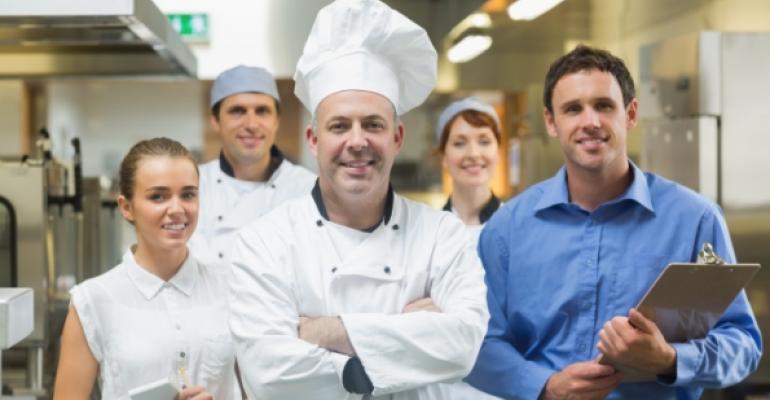 Overtime eligibility increase to have big impact on restaurants

Restaurateurs and other employers have until December to comply with a new federal overtime standard that will dramatically increase the number of workers who qualify for extra pay.

The final rule, being published today, doubles the salary threshold for employees to be considered exempt, from $23,360 to $47,476 — meaning that managers would have to receive at least $47,460 to considered salaried workers. The rules are expected to make another 4 million workers eligible for overtime pay.

The new rule also increases the threshold every three years so the standard keeps pace with inflation.

Yet the Department of Labor in its final rule gave restaurants more time than expected, setting the effective date at Dec. 1.

In addition, the rules do not include a so-called duties test that would have required exempt employees to be providing management-like jobs, rather than helping to make food or bus tables, for instance.

Nevertheless, the new rules could force restaurants to pay millions in additional salary to assistant managers and managers while forcing them to more carefully manage overtime.

And critics were quick to hammer regulators over the new requirements.

“The threshold for exempt employees in the final regulations is still too high,” Angelo Amador, senior vice president of labor and workforce policy and regulatory counsel at the National Restaurant Association, said in a statement.

“Restaurants operate on thin margins with low profits per employee and little room to absorb added costs. More than doubling the current minimum salary threshold for exempt employees, while automatically increasing salary levels, will harm restaurants and the employer community at large.”

“By dramatically increasing the wage threshold for determining a restaurant manager’s overtime eligibility, key management positions will be eliminated, restaurant employee career advancement will be derailed and workplace morale will plummet,” Green said in a statement.

“We will continue to fight this punitive regulation and will work with Congress to make the Labor Department go back to the drawing board to find a workable solution.”

Congress, controlled by Republicans, is considering doing just that — but any such changes are expected to be vetoed by President Barack Obama, who is in the final year of his presidency.

The National Retail Federation estimates that the new rules will cost retail and restaurant businesses $745 million to comply with the new rules.

Many believe that operators will simply calculate their managers’ hourly pay based upon how much they work — so they’d make the same salary but would be considered hourly workers.

“Far from ‘giving America a raise,’ the new overtime rule will compel many franchise businesses to reduce their managers’ take-home pay to simply to comply with the extreme new salary level,” Robert Cresanti, president and CEO of the International Franchise Association, said in a statement. He noted that the top salary threshold, $47,476, far exceeds the highest state minimum salary threshold in California of $41,600.

What chains will be affected by the regulations will depend on how much they pay their managers. But Piper Jaffray has estimated that restaurants would have to raise prices by more than 5 percent to offset the higher costs associated with the new threshold.

Correction: May 18, 2016 An earlier version of this story had an error in the new salary threshold for exempt workers. That salary is $47,476.