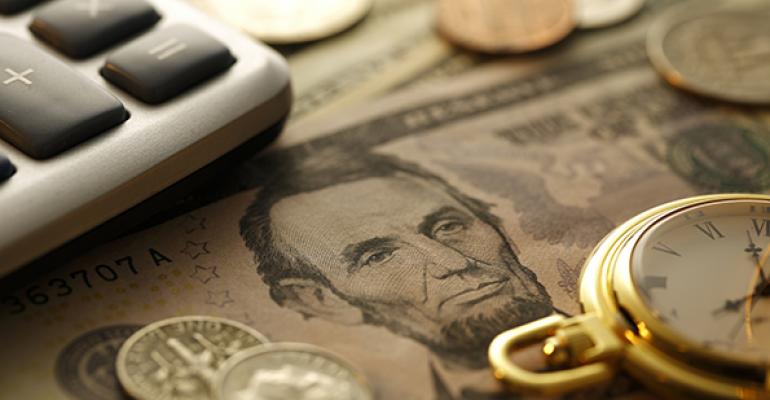 The New York Fast Food Wage Board voted Wednesday to phase in a tiered $15-an-hour minimum wage at restaurants with more than 30 units, providing a faster timetable for New York City operators than for those in other parts of the state.

The wage board’s resolutions defined “fast food" restaurants as those where customers order and pay before dining, that offer limited service and are part of chain or franchise with 30 or more outlets nationally.

The three-member wage panel, which was mandated in May by Gov. Andrew M. Cuomo, will make its recommendation to the New York state labor commissioner after a 15-day comment period.

The wage board unanimously recommended tiered increases for restaurant brands in New York City that were on a faster schedule than for those elsewhere in the state. The minimum wage for workers is now $8.75 an hour, and was already scheduled to increase to $9 on Jan. 1, 2016.

The board urged a schedule that would bring the wage to $15 an hour in New York City by Dec. 31, 2018. Outside the city, the panel recommended a schedule that phased in increases to culminate in $15 an hour by July 1, 2021. After the comment period, the labor commissioner has 45 days to enact the order.

Panel member Mike Fishman, secretary-treasurer of the Service Employees International Union, said the board was charged with investigating whether compensation in the limited-service restaurant industry was adequate for the workers.

“Clearly we decided it was not,” he said after the vote.

“The industry really has not kept up with other industries,” Fishman said.

“Today's New York wage board decision to discriminate against the quick-service food industry will cost jobs and potentially cause small businesses to close,” said Steve Caldeira, president and CEO of the International Franchise Association.

“Applying a new mandatory minimum wage increase to a narrow group of businesses creates an un-level playing field for owners that provide important entry level jobs and valuable experience for millions of workers across the state of New York. If Governor Cuomo wishes to advance a wage increase, it should cover all of New York’s businesses, not just a select few,” he said.

Carolyn Richmond, co-chair of the hospitality practice group at Fox Rothschild LLP and chief labor counsel for the New York City Hospitality Alliance, said in a statement that the recommendations seem to run against some stated goals of the governor and others.

“The new rules would only apply to businesses larger than 30 establishments, omitting millions of New York State employees who make less than $15 an hour, but don't happen to work for a franchise or national employer with 30 or more stores,” Richmond said. “This law will only raise the income for the lawyers challenging its legitimacy.”

Gary Levy, a partner and hospitality industry practice leader at CohnReznick, a firm with New York restaurants among its clients, said, “While it has all good intentions, the wage hike will end up hurting the restaurant business in the end, from the owners, to the servers, to the patrons.”

Wage advocacy groups that have been pushing for a $15-an-hour minimum wage welcomed the board’s recommendation.

People celebrating after the wage board recommends a $15 min wage for fast food workers in NY. #Fightfor15 pic.twitter.com/3XlKjaXaqG

Saru Jayaraman, co-founder and co-director of Restaurant Opportunities Centers United, said, “Today’s announcement from the New York wage board calling for a $15 minimum wage for New York’s fast-food workers is a crucial step forward in the fight for fair pay and a major indictment of the inadequacy of wages throughout the restaurant industry.”

“Quite simply,” she said in a statement, “more needs to be done to reign in the unsustainable and broken business model of one of the largest and fastest-growing economic sectors in the country.”

Correction: July 22, 2015  An earlier version of this story misstated the title of Carolyn Richmond. She is co-chair of the hospitality practice group at Fox Rothschild LLP and chief labor counsel for the New York City Hospitality Alliance. This article has also been updated to include the New York Fast Food Wage Board’s definition of “fast food restaurant.”