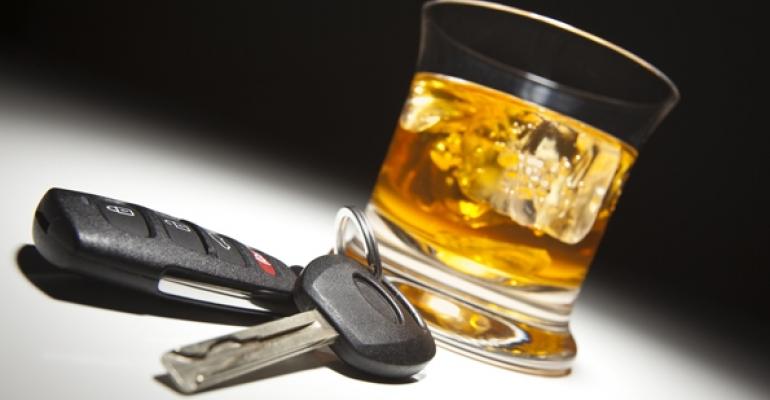 Restaurant industry associations oppose the proposed reduction from 0.08 to 0.05

Industry association officials voiced their opposition to the National Transportation Safety Board’s recommendation Tuesday that the legal threshold for drunken driving be reduced from the current 0.08 blood alcohol content to 0.05 in all 50 states.

While the restaurant industry argues that decreasing the BAC will wind up penalizing only social drinkers who are not responsible for the vast majority of drunken-driving accidents, the NTSB contends that lowering the rate will save from 500 to 800 lives annually.

Sarah Longwell, managing director of the American Beverage Institute, a trade group representing about 8,000 restaurants, maintains that lowering the BAC targets the wrong people. "It targets moderate social drinkers and makes no progress in solving the actual problem — hardcore drunk drivers," she said. "Over 70 percent of alcohol related fatalities are caused by high BAC levels and repeat offenders."

The National Restaurant Association says much the same thing. "As responsible members of the community, our industry is very concerned about drunk driving," said Scott DeFife, executive vice president, Policy & Government Affairs for the NRA."However, we feel measures addressing it should be focused on repeat, chronic offenders who drink excessively, then drive — and not the millions of Americans that enjoy an adult beverage in a responsible manner with their meal."

Although individuals metabolize alcohol differently, experts generally say that it would take only two average-sized drinks — whether beer, wine or liquor — imbibed over a period of an hour and on an empty stomach, to raise a 160-pound person’s blood alcohol content to 0.05. Longwell said a 120-pound person could reach that level with one drink.

“It would be a huge blow to the restaurant industry if the states start to adopt 0.05,” Longwell said.

The NTSB is also advocating the universal use of steering locks on automobiles of convicted drunk drivers, which require that a driver blow into a Breathalyzer to start a car. In addition, the board also is calling for a more extensive use of roadblocks and the creation of special courts to deal with drunken-driving cases.

The battle over BAC has been going on since the 1980s. In 1968 the Department of Transportation reported that more than 25,000 Americans died each year because of drunk driving. In the 1980s, activist groups like Mother’s Against Drunk Driving succeeded in convincing lawmakers to take a stand against drunk driving and lower the BAC limit, which had been as high as 0.15 in some states.

While the NTSB recommendations do not carry the force of law, the board remains influential at all levels of government when it comes to public safety.

“The states listen to the NTSB,” Longwell said. “The industry needs to brace itself. A new fight is standing in front of us.”