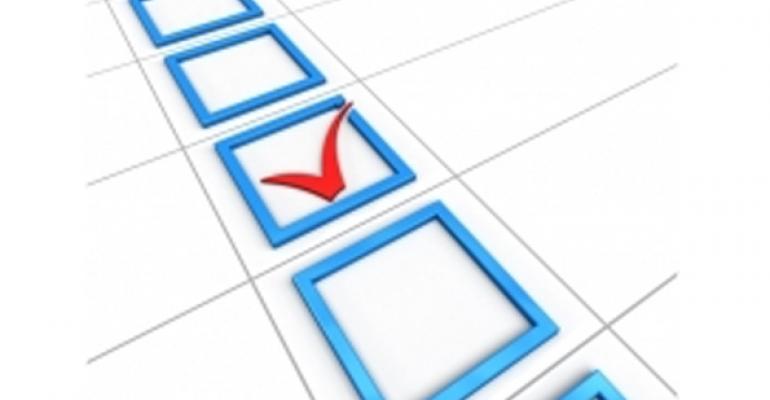 Now that all of the votes are in and the results have been tabulated, the foodservice industry can measure how well it fared in the recent national election.

And with such key issues as paid sick leave, tax reform, labor policy and food issues put forward as ballot initiatives in several areas, some operators had a lot riding on the vote.

The National Restaurant Association kept tabs on the measures that could have a potential impact on daily foodservice operations, according to the NRA’s vice president of state and local affairs, Brendan Flanagan.

Issues that came up for a vote on Nov. 6 included:

• Residents of Albuquerque, N.M., cast their votes on a measure seeking to increase the minimum wage by $1 to $8.50 per hour. The measure also sought to hike the minimum wage for tipped employees from the current $2.13 an hour to 60 percent of the minimum wage level. Both wages would be tied to any increases in inflation and examined every year. The initiative was challenged by the NRA’s Restaurant Advocacy Fund. Result: Passed.

• Voters in San Jose, Calif., decided whether to pass a measure that would increase the minimum wage from $8 to $10 an hour. The San Jose initiative was indexed to inflation, which allows it to rise proportionately over time. Result: Passed.

• A ballot question in Long Beach, Calif., addressed both the minimum wage and the sick leave questions for a group of hotel workers. While it only impacted employees at 15 of Long Beach’s hotels, the measure sought to increase the minimum wage for those individuals to $13 an hour and be indexed to the inflation rate. It also provided employees with five days of sick leave. Result: Passed.

• Voters in Alabama weighed in on Amendment 7, a ballot initiative proposing that only secret ballots be used on votes that would allow unions to form in the workplace. Proponents said it would give employees more protection from intimidation and pressure. Result: Passed.

• Richmond, Calif., and El Monte, Calif., both introduced ballot initiatives that would levy a one-cent-per-ounce tax on sodas and sugar-sweetened beverages in an effort to help combat the rising obesity problem. Result: Both defeated.

• South Dakota residents voted on Measure 15, a ballot initiative that sought to add 1 cent to the sales tax on retail transactions. The funds raised by the tax would have been used to fund education and Medicaid. Result: Defeated.

• On Nov. 6 residents voted on California’s Proposition 37, which would require labeling for all food items that include genetically modified organisms, or GMOs. The measure also sought to prohibit labeling or advertising such food as being natural. Result: Defeated.