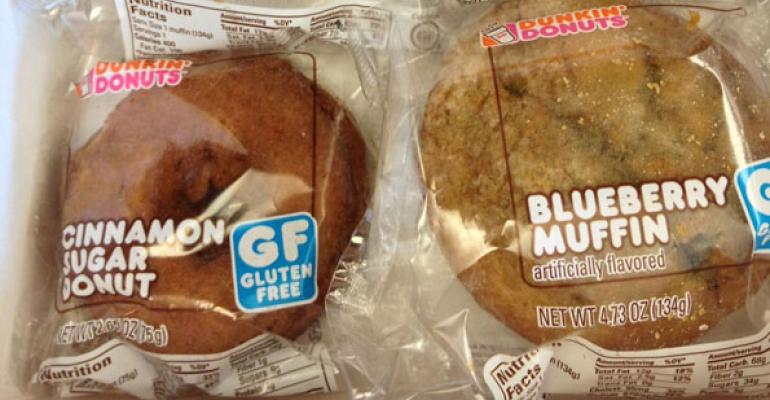 The Food and Drug Administration’s new definition of food labeled as “gluten free” might make it easier for restaurants to offer genuinely gluten-free items because their chefs and purchasing staff will understand more clearly what the term means, according to menu and diet experts.

That, in turn, will help restaurants to tap into the growing market of consumers avoiding gluten, estimated by some to be as high as 15 percent of the population.

The new rule, published in the Federal Register on Aug. 5, requires items voluntarily labeled as “gluten free” or with similar terms such as “no gluten,” “free of gluten” or “without gluten” to contain fewer than 20 parts per million of gluten, a protein found in wheat, barley, rye and related grains.

Packaged food companies have one year to comply with the new rule.

The FDA cites estimates of the number of Americans suffering from celiac disease — a gluten allergy — at between 1.5 million and 3 million, while Betsy Craig, founder of nutrition consulting firm Menu Trinfo, says that about 10 percent of Americans have celiac or other forms of wheat intolerance.

Anita Jones-Mueller, president of nutrition consulting company Healthy Dining, which operates the website Healthy Dining Finder, said that estimates of the gluten-free market go as high as 15 percent of the population if you include friends and family of people avoiding gluten.

Many “gluten free” items at restaurants now fail to meet the FDA’s new standard, according to Craig. She said that 90 percent of the menu items claiming to be gluten free actually contain quite a bit of gluten.

“These chefs’ hearts are in the right place and they think they’re doing the right thing, but when we look under the hood we see that they need more help,” she explained. “There are so many ingredients that mean gluten that don’t say ‘gluten’ — things like malt, or malt vinegar, or barley or rye.

But once the new rules are in effect, she noted, restaurateurs will be able to buy anything labeled as “gluten free” without having to analyze the ingredient list.

She added that restaurants seeking to offer gluten-free items under the new regulations “are really going to have to commit to it” with training and implementation of procedures that remove the risk of cross-contamination.

“Gluten’s a very small speck of grain and it travels very easily,” she noted.

“If [restaurants] can take that next step and be committed to serve items that meet that mark — and that would really take a commitment — they could really benefit,” she said, noting that the online community of people who avoid gluten eagerly supports restaurants that meet their needs.