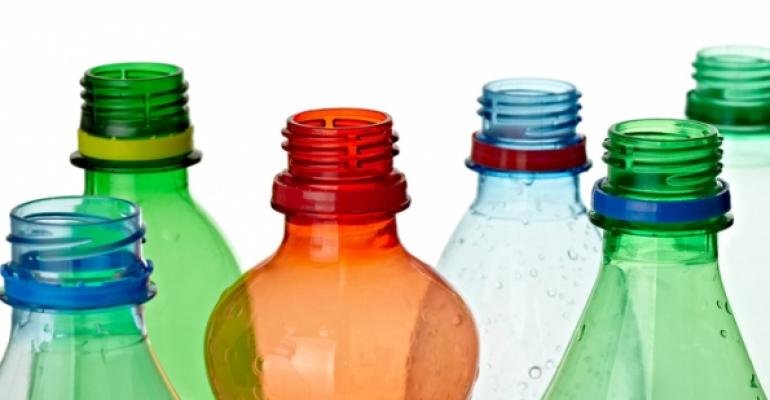 Thinkstock
<p style="font-size: 13px;">BPA, a chemical commonly used in plastics, has been listed under California&rsquo;s Proposition 65 law as a possible carcinogen and a toxin that may cause reproductive harm.</p>
News

Recently added to the Prop. 65 list, the chemical is common in bottles, cans

Thousands of restaurant operators across California could be at risk of becoming the target of lawsuits under new emergency rules requiring warnings about bisphenol A, or BPA.

BPA, a chemical commonly used in plastics and for the protective lining of cans, bottle or jar lids, has been listed under California’s Proposition 65 law as a possible carcinogen and a toxin that may cause reproductive harm.

Prop. 65 requires that businesses in California warn consumers about potential exposure to toxins listed by the Office of Environmental Health Hazard Assessment, or OEHHA. On May 11, BPA became one of those chemicals requiring a warning.

The rules, however, were widely believed to apply mainly to the manufacturers, packagers, importers and distributors of foods or drink in bottles and cans, as well as vending machines.

While the rules don’t specifically mention restaurants, attorneys in the Los Angeles offices of law firm Pillsbury Winthrop Shaw Pittman LLP warn that restaurants could also be targeted by lawsuits if they don’t comply.

Many of the toxins listed under Prop. 65 allow for a generic warning to protect businesses from liability, noted Plant. Some suppliers are notifying restaurant operators that the generic Prop. 65 safe harbor statement may be enough.

“But we’re taking the most conservative approach,” said Plant, given California’s history as a hotbed for aggressive plaintiff’s attorneys who look for opportunities to sue.

In the case of BPA, the attorneys recommend that restaurant operators use the specific language required by OEHHA. The agency has made it clear it plans to expand requirements to mandate more specific warnings, so consumers have more information about the potential risks and how they may be exposed.

“That’s a good thing, because the generic warnings are everywhere and people tend to ignore them,” said Graves.

Here’s the language required under the emergency rules for products potentially containing BPA:

“WARNING: Many food and beverage cans have linings containing bisphenol A (BPA), a chemical known to the state of California to cause harm to the female reproductive system. Jar lids and bottle caps may also contain BPA. You can be exposed to BPA when you consume foods or beverages packed in these containers. For more information, go to: www.P65Warnings.ca.gov/BPA.”

The warning must be placed at the point of sale to allow consumers to see it before they make a purchase, but the rules do allow businesses some discretion about how they may communicate the potential risk, the alert said.

For some, a sign near the register may be the best approach, but shelf labels, table tents, a notice on menus or product labels may also meet requirements. Details about where best to post the warning, as well as the size of the warning and font used, will vary by type of restaurant.

Businesses with fewer than 10 employees are exempt from the rules.

Plant recommended that restaurant operators consult their legal counsel for best advice on what might be appropriate for their type of business.

The firm recommends that restaurant companies consider providing written notice to each supplier stating their expectations that suppliers reduce or eliminate the use of BPA in food packaging, to ultimately eliminate the need for warnings.

In other industries, retailers have pressured vendors to switch to non-BPA carton packaging, as opposed to bottles and cans. But there hasn’t been a concerted push for that within the restaurant industry, Graves said.

Still, contractually shifting the liability to suppliers may not fully protect restaurants if BPA is found in products served where consumers have not been adequately warned, according to Pillsbury’s alert.

Violations of Prop. 65 can cost restaurant operators up to $2,500 per day for each violation at each restaurant at which a warning is missing, so noncompliance could be costly.

The emergency rules will be in effect for a year, and more specific regulations are expected as Prop. 65 rules overall are being revised. With more than 900 chemicals on the list, there is a movement to require more specific warnings at least for the top 10 hazards, including things like lead, acrylamide and mercury, said Plant.

“In a way, this BPA issue is sort of a test run for OEHHA to see how these warnings will play out,” she said.

There is no current safe harbor level for BPA, though more research may determine how much exposure may be considered safe.

Though considered general regarded as safe by the Food and Drug Administration since the 1960s, growing concern about BPA has prompted the agency to set some restrictions. BPA has been banned from use in children’s sippy cups and baby bottles, for example, and some states have enacted even stricter limits on the chemical’s use in children’s products overall.