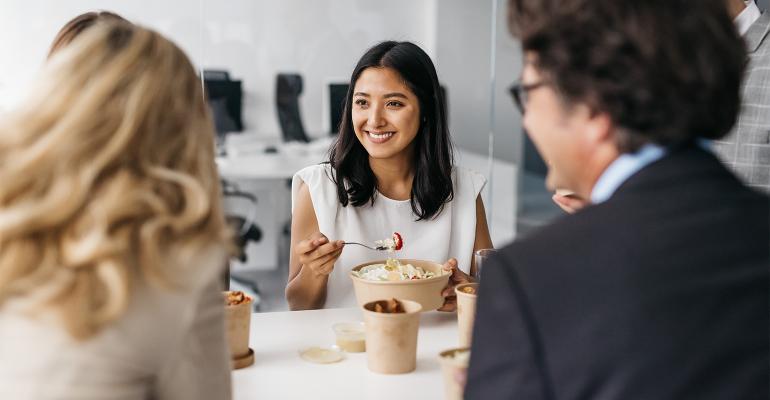 AnVr/iStock/Getty Images Plus
One idea for showing appreciation: Send a meal.
Operations>Franchising

Thanking those in a thankless job

There’s no shortage of official “days” in the U.S. Most of them have been created as a marketing tactic. Greeting card companies haven’t complained. But every now and then a “Day” comes along that merits some attention, and this September 15 will be one of them.

Christened “Franchisor Appreciation Day,” this new initiative seeks to do exactly what its name suggests — celebrate franchisors. I’ve been asked to help launch it.

Related: The Wealthy Franchisee: How a little grit can make a lot of difference

About a month ago, PuroClean franchisee Keegan Trudgen contacted me with his idea. Keegan had seen me speak at the brand’s annual convention and read my book and thought I might be open to his scheme to create an official day of appreciation.

He was right. I’m an advocate for anything that strengthens the franchise model and promotes harmony within franchise brands. Often I’m asked to speak on building culture and high-performance teams, and both the feeling and the expression of gratitude are a huge component part of that.

The word “franchisor” is used loosely and can reference different people.  Some use it to describe an abstract corporate entity. Others use it to describe the founder, CEO, or executive suite. But the term also refers to the entire home office and field team supporting franchisees. These are the people working in cubicles or out on the road. They’re the ones answering emails, taking phone calls, and sometimes listening to complaints. When angry franchisees want to voice their concerns to the “franchisor,” it’s usually these people who hear them first. The job can be tough and their efforts unrecognized.

Trudgen understands what that feels like. Before opening his PuroClean franchise, he worked in supporting roles in finance and marketing. “I know firsthand how disconnected from the frontline work you can get when you are in a support role, even to the point that it can feel thankless.”

That inspired him start an annual tradition of sending lunch to his support team at PuroClean.

“I wanted to let them know that I appreciated their work/support and the least that I could do is send them a thank-you one time per year.”

Then he heard an NPR story about official “days” and how they’re established. That gave him the idea to start a larger movement in the franchise industry. “Why keep something like this limited to my own brand or myself when every franchisee can say thank you to those who support them every day?”

He contacted marketing partner Bright Pink Agency to help start the initiative. Their CEO, Madalina Iordache, loved the idea. “My first thought was, ‘Wait, isn’t there a Franchisor Appreciation Day already?! We’re going to have to fix this!’”

After some brainstorming they launched a website, FranchisorAppreciationDay.com. “We wanted to have some content that would help franchise owners adopt this holiday, and we also wanted to offer ideas about how people could celebrate it.”

Trudgen and Bright Pink reached out to me for help launching the initiative and I’m excited to promote their vision. I’ve been a franchisee and now work with a lot of franchise brands. I’ve observed that best among them have constructive relationships and strong cultures. When both sides feel and express mutual appreciation, the franchise becomes stronger. That’s great for everyone. Even when franchisees feel disgruntled, it’s still important to draw attention to what’s working well and reinforce it. Everyone needs a little love, respect, and appreciation. Franchisees should expect that from their franchisors, and they should give it back in return.

A few ways they can do this:

Franchisees are encouraged to use the hashtag #FranchisorAppreciationDay with any social media posts.

Iordache hopes this year will kick off an annual tradition that will be great for everyone in the franchise industry. “What I would love to see happen on September 15 is an outpouring of love and gratitude from franchise owners everywhere, directed to their franchisor. Let’s not lose sight of the fact that a brand isn’t just some abstract entity; behind every brand, there are people (the corporate/support team) who work hard to do a great job and meet the needs of many others (the franchise owners). Often their job is thankless, and often they deal with what’s not working quite perfectly. Let’s show them some love on September 15!”

Scott Greenberg is a franchise speaker, writer, and coach and the author of book, The Wealthy Franchisee: Game-Changing Steps to Becoming a Thriving Franchise Superstar. Find more information at www.ScottGreenberg.com.