Operators invest in multiple concepts to hedge against economic hardships

There was a time when franchisees built their empires focusing on a single brand, but that was before the Great Recession underscored the importance of a diversified franchise portfolio.

Today a growing number of franchisees are ditching the simplicity of operating a single brand and rounding out their holdings as a buffer against the stop-and-go economy. Multiple brands also help to smooth out sales swings between dayparts and seasons, and to ensure continuing expansion opportunities within a chosen territory.

“Having a diversity of brands is healthy for a franchisee’s portfolio,” said Stephen J. Caldeira, president and chief executive of the International Franchise Association. “Increasingly, as credit has been difficult to access, especially for aspiring franchisees, opportunities for existing successful multiconcept franchisees have become more prevalent.”

In light of this growing interest in a multifaceted portfolio, Nation’s Restaurant News asked five multiconcept franchisees included in its 2012 Top 100 rankings to discuss their strategies. 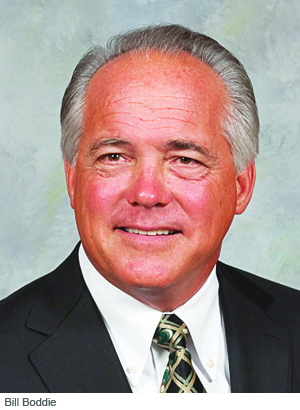 The Rocky Mount, N.C.-based company is shedding its Cafe Carolina, Moe’s Southwest Grill and Texas Steakhouse & Saloon locations and returning its focus to what it knows best: its 335 Hardee’s locations in the Southeast United States.

“When we were looking at what we could and couldn’t do in the economic crisis, this is what it made sense to do,” said Bill Boddie, president and CEO of the company, which is one of Hardee’s largest franchisees. “Hardee’s is doing really well,” he added.

In October the company sold  its 19 Texas Steakhouse locations, and by the end of the year, it will sell its other entities. Both the company’s Moe’s and Cafe Carolina locations will be sold “in a friendly kind of hand off” to the people currently running those locations, Boddie said.

“These are people we’ve been working with for a long time,” he said. “They’re great concepts. … We weren’t going to be able to grow them.”

Boddie said resources would be put toward a major remodel of its Hardee’s units, and his company would focus on developing its current geographic footprint rather than expanding out.

“We look at ourselves as a regional company,” he said. “If you get too spread out, it’s hard to market the brand. It’s also easier for us to manage locations, [not] being too far away. It’s worked well for us. There’s lots of opportunities in our footprint.”

Along with restaurant holdings, Boddie-Noell also operates BNE Land Development, which specializes in commercial and residential real estate. The BNE Land division took a hit with the crash of the real estate market — particularly in its residential department — during the past few years, Boddie said. Still, it’s important to have a broad business scope, he added.

“You go and do what things are working,” he said.

In focusing on Hardee’s, Boddie-Noell will be returning to its roots. The company started in 1962 with four franchised Hardee’s locations, the first one in Fayetteville, N.C. But that doesn’t mean it will stay that way.

“We will probably be diversified again in the future,” he said.

In the meantime, more regulations and the rising costs of doing business, such as pending health care reform, have presented big challenges for franchisees, he said.

“We have the same issues that have been going on for the last several years,” he said. “It has slowed things up because [franchisees] aren’t sure what these regulations are going to cost.” 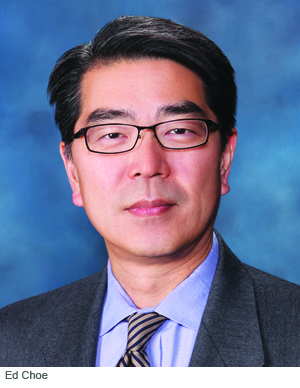 Doherty Enterprises is both a franchisee and a restaurant creator. In addition to operating Applebee’s, Chevys Fresh Mex and Panera locations, it also has two proprietary brands: Spuntino, a wine bar and Italian tapas restaurant, and The Shannon Rose Irish Pub.

“We’ve looked for different segments that we can serve,” said Ed Choe, the Allendale, N.J.-based company’s chief operating officer. During the first half of 2013, the company will also be adding Noodles & Company, a fast-casual concept, to its portfolio.

That diverse group helped the company power through the economic downturn. In 2011 the company reported $313 million in revenue, up 4.3 percent from $300 million the year before, according to NRN’s Top 100 data.

“You can ride a good wave, but if there are bad waves, you can soften the blow if you’re well diversified,” Choe said.

The company expects to have sales of about $340 million in 2012, which Choe pointed out is no small feat.

The company selects brands that will complement each other without cannibalizing current ventures, Choe said.

“We looked at each brand on the strength of the brand itself,” he said. “We want to be able to have brands that can stand on their own.”

For example, he said, Noodles & Company “doesn’t directly compete with our existing concepts. It’s a unique brand at a unique time.”

By being both a franchisee and restaurant innovator, Doherty has a broad perspective of the restaurant industry, Choe said. And it’s one that he believes makes the company stronger.

“You learn so much from each brand,” he said. “I don’t think it’s something that you find often” in franchising.

Although diverse in brands, the company is not diverse geographically. All of its restaurants are located in the metropolitan New York area. Doherty has no current plans to expand its geographic footprint, although it’s not out of the question for the future, Choe said.

“We’re not afraid of it; we’re certainly looking at all the opportunities for us,” he said. “If there’s a unique opportunity, we will do so.” 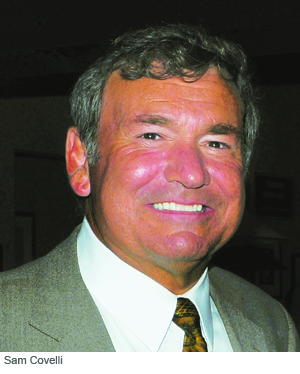 Covelli Enterprises Inc. is one of the largest Panera franchisees, operating 250 locations in Ohio, Pennsylvania, West Virginia, Florida and Canada.  Although the company also has six O’Charley’s locations, Panera is the main focus, according to CEO Sam Covelli.

Panera has about 1,400 U.S. units, so Covelli’s Warren, Ohio-based company makes up a significant portion of its business. As such, Covelli said, the franchisee has a great symbiotic relationship with Panera corporate.

“In our case it’s like we’re both running the company,” he said. “That’s how great our relationship is.”

The company, which was founded in 1959 by Covelli’s father Albert, opened its first Panera in 1998. The pair fell in love with the brand after dining in a Chicago unit of what was then called St. Louis Bread Company.

“We visited Paneras; we read about them,” Covelli said of the company’s decision to become a franchisee. “We felt that there was a lot of opportunity with different areas with Panera.

“If you interviewed 10 people in one of our restaurants, you could get 10 different answers about why they’re in Panera,” from the pastries to healthful salads and more, he said. “It’s nice to have that variety.”

Prior to 1998 Covelli had been a franchisee of 43 McDonald’s locations.

The company, which has about 22,000 employees, is having another gangbuster year, said Covelli, noting that the key to its success is good food and good service.

“It has been a great marriage,” Covelli said, adding that his company plans to open eight to 10 new units in December and 25 locations next year. “We have rapid growth going. It’s going great. Our volumes have been tremendous.”

Meanwhile, O’Charley’s is growing at a slower clip, with one location slated to open in Cleveland within the next two months. 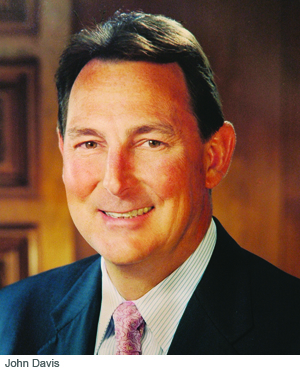 The company is one of the largest Arby’s franchises in the country, with 277 locations in Oklahoma, Kansas, Arkansas, Missouri, Illinois and Colorado. The company also operates five Taco Bueno restaurants in northwest Arkansas.

Beef, which is expected to become more and more expensive, makes up 33 percent of the franchisee’s sales mix.

Paid-sick-leave issues, mandated health care and menu labeling are among other major challenges that franchisees face in the near future.

“Other than that, it’s just the economy,” he added. “The consumer dollar can only go so far, and we’re slicing that up with high gas prices, increased taxes and higher grocery costs.”

And when pennies are pinched, he said, “we’re usually the first to go.”

“We should be around a 2- to 3-percent increase in sales this year,” Davis said. “About flat, really. Up a little bit. Nothing to brag about.”

At the same time, the company’s cost of goods should go up about 2 percent to 3 percent in 2013, he said.

“That puts a lot of constraints on the market as a whole,” he said.

Part of what has helped United States Beef weather the economic downturn is its size and willingness to learn from both of its brands, Davis said. Taco Bueno complements Arby’s while remaining different enough not to directly compete.

“The most appealing aspect to Taco Bueno is how it parallels with Arby’s with freshness and quality standards,” he said. “We make the beans fresh every day. At Arby’s we cook our roast beef every day in the restaurants.”

United States Beef has no current plans to take on new brands, he said.

“But you never know,” he added.

Even though the company is mostly focused on Arby’s, there are benefits to having multiple brands in its portfolio, Davis said.

“The one thing that’s great about Arby’s and Taco Bueno is that we developed them together,” he said.

For example, Davis noted, it’s cheaper to buy one acre of land and build out both an Arby’s and a Taco Bueno on the lot than to buy several locations.

“If we can ever find another brand that can coexist with an Arby’s or Taco Bueno, we’d be interested,” Davis said. 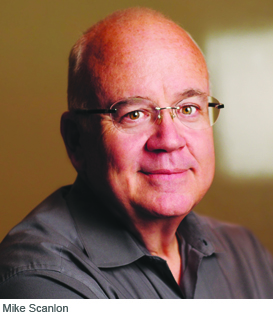 “Gas prices change and people panic,” he said. “There’s a crisis in Europe and people panic. The guest, the consumer, they’re completely unpredictable these last three years, versus the five years preceding the downturn.”

Thomas & King operates 88 Applebee’s locations and six Carino’s Italian Grills in Arizona, Kentucky, Ohio, Indiana and Pennsylvania. The company has about 5,700 employees, Scanlon said. Although the company is mainly focused on its Applebee’s concept, it, too, has benefited from having a diversified portfolio, he said.

Scanlon said that the benefits of being a multiconcept versus single-concept franchisee are many, including that it allows him to “cross-pollinate” between the brands.
“By that I mean we’ve taken some great ideas that we’ve worked out in one concept and applied [them] to the other,” he said.

One example was banning employee smoking on restaurant property, he said, which started as a Carino’s policy and spread into Thomas & King’s Applebee’s locations, too. Another, he said, was a recent marketing promotion for lunchtime deals at Applebee’s and Carino’s.

“It’s all very subtle, but the sum of the parts makes a huge difference,” Scanlon said. And over time it has likely helped Thomas & King secure financing it needed to expand, he said.

“I think what the lenders are looking for is a track record and the ability to produce cash flow,” he said. He noted, however, “diversification is good, but they always worry about focus.”

He projected revenue to be flat in 2012 but is optimistic that this holiday season and the first quarter of 2013 will be stronger than in recent years.

He said one of the indicators is increased sales of craft beers.

“People in 2009, 2010 were real conservative,” Scanlon said. “They didn’t want to take a chance. Now, even if they’ll only have two beers on a night out, they’ll try something new.

“It’s the first holiday in three to four years that I’ve been optimistic about,” he continued. “I think the next few years are going to have some real possibilities for innovators.”

The company has no plans to add additional brands to its portfolio, he said. However, in 2013 the company plans to open two or three new Applebee’s locations and one Carino’s location in the company’s current geographic footprint.

“Right now the best economic opportunity our company has is to build the sales in the restaurants we already have,” Scanlon said.