Buona Beef — the iconic Chicago Italian beef chain — announced in July that the fast-casual company is looking to expand beyond its 26 locations with a franchising program. Although a formal announcement has not been made yet, the Buonavolanto family-owned concept has been receiving a lot of interest from potential franchisees in Texas, Arizona, and Florida.

“Our franchising goals are to partner with experienced multi-unit operators that share our values and passion for what we have done in Chicago,” a Buona representative told Nation’s Restaurant News. “We will focus on the Midwest and high-growth markets like Florida, Texas, Arizona, Colorado, and the Carolinas to establish a strong presence and market share.”

Over the next five years, the Buona Beef team hopes to open 100 franchised units. The average restaurant size is 4,200 square feet, with the option for double-lane drive-thrus. Our average check size is $19.25.

Chip Cookies is a Utah-based gourmet cookie company with eight locations in Utah and two in Indiana. After announcing franchising in Feb. 2022, the six-year-old brand that started as a cure for a pregnancy craving, has since opened its first franchised location in May in Daybreak, Utah.

“Owners Sean and Sarah Wilson recognized the need for a cookie delivery service and developed a proven business model that has led to ten storefront locations in Utah and Idaho, with more coming soon,” a representative for Chip Cookies said in a statement. “[…] Each box comes with four large melt-in-your-mouth cookies chosen from their menu, including the OG chocolate chip cookie, Biscoff chip, sugar chip, and a weekly rotating flavor.”

District Taco is a popular Yucatan-style taco shop with five locations based in the Washington, D.C. area founded by Marc Wallace and Osiris Hoil.

After announcing franchising in August, the company signed its first two development agreements: the first for five units and the second for ten units. The first franchisees will open their location in Springfield, Va. By the end of 2022, with another location coming to McLean, Va. by the first quarter of 2023. The store pipeline includes twenty 5-unit minimum development agreements over a 5-year period, and by the end of 2027, District Taco hopes to have 20 new franchisees and 55 new locations, with markets in Delaware, Florida, Georgia, Kentucky, Ohio, Maryland, Michigan, North Carolina, New Jersey, New York, South Carolina, Tennessee, and Virginia.

“In 2009, two neighbors got together over some homemade chips, salsa and guacamole and decided to launch a District Taco food cart,” District Taco said in a statement. “Since then, District Taco has grown to fourteen locations and employs more than 300 people in and around Washington D.C. and Philadelphia metro areas. Their mission is to serve quality - Yucatán style – Mexican food that is fresh, simple and healthful.”

The average store prototype is 2,000-square-feet.

Kahwa Coffee is a Florida-based, 15-unit boutique coffee shop chain that just announced franchising at the start of September. The company has already had 85 franchising inquiries and two franchisees are being signed next week in Florida, in partnership with FMS Franchise Consultants. The company is looking to open 10 new locations on the west coast of Florida, likely in Orlando, sometime over the next few years.

“Our brand is already recognized throughout Florida through our wholesale partnerships across the state,” a Kahwa Coffee representative said. “We offer franchisees the opportunity to share in our knowledge as well as be a part of our programs such as our brand-new custom app and rewards program to be able to compete with anyone in the coffee industry.”

The average square-footage is 1,200 square feet and the average check is $7-$9 per person.

NoMoo — a pant-based burger concept founded in LA in 2020 — has joined the growing throng of vegan burger spots hoping to take off across the country. The one-unit burger spot was founded by George Montagu Brown and this summer, became the first plant-based concept to partner with Fransmart with plans for national domination.

NoMoo uses Beyond Meat for its burgers, but its plant-based chicken, bacon, sauces, milkshakes and wings are all made in-house, and is in the process of developing a proprietary burger patty.

Starbird — the 12-unit, quick-service brainchild of Aaron Noveshen — will be branching out of its California homestate with the announcement of a national franchising program, with plans to double its unit count over the next 18 months.

With the announcement of a franchising program, Starbird brought on Daniel Lecocq as vice president of franchise development, who will help the fried chicken chain grow in new markets, including Oregon, Washington, Nevada, Utah, Colorado, Arizona, Texas, Illinois, and Florida.

“I knew Starbird was primed for growth when I joined the team,” Lecocq said in a statement. “There is tremendous opportunity in the market right now for franchise owners to invest in Starbird and join the future of fast food.”

Starbird is currently seeking experienced franchise partners who can commit to five stores every year over a maximum of three years.

The Original Rainbow Cone is known for its teetering towers of five slices (not scoops) of ice cream flavors that form an icy-sweet rainbow: chocolate, strawberry, vanilla with cherry and walnut chunks, pistachio and orange sorbet. The 90-year-business with two brick-and-mortar locations, five kiosks, and five trucks also has sundaes, milkshakes, donuts, and ice cream cakes on the menu.

After announcing a franchising program this summer, The Original Rainbow Cone has signed two new franchise agreements in Sarasota and Naples, Fla. With projected opening dates of summer 2023. The company wants to expand in the Midwest and South, particularly in Colorado, Arizona, Florida, Texas, and the Carolinas with plans to open 100 locations in the next five years.

Talkin’ Tacos started out as a food truck, and is now a three-unit, Miami-based fast-casual eatery that has amassed a massive following on social media for its unique, Instagrammable offerings like birria tacos and birria ramen, and side dishes/desserts like street corn in a cup, cream and dulce de leche churros, and tajin & chamoy gummies.

Franchising was announced in Aug. 2022 in partnership Franchise Creator, with plans to open 20 corporate locations in five years and plans to sign three corporate stores and 45 franchisees over the next year. Two locations have already been signed in Orlando and Washington, D.C.

The average check for Talkin’ Tacos is $33 per person. 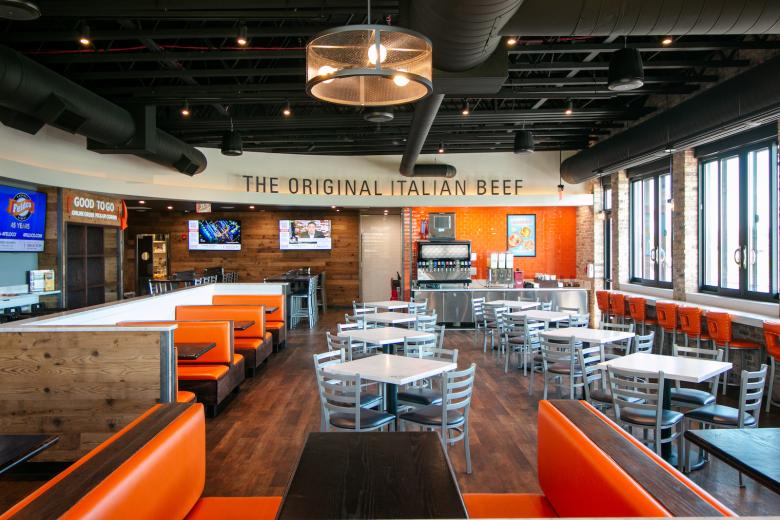