New York City-based fast-casual wing chain Atomic Wings has ambitious plans to grow beyond its current 11 locations. After announcing franchising over the summer, Atomic Wings already has 10 store agreements in Nevada and Arizona, and another location set to open in Washington, D.C. over the next six months.

Known for their authentic wings and offering 14 different sauces, Atomic Wings CEO Zak Omar said that the brand will open more locations across the New York State area, with a focus on the tri-state region, along with Philadelphia. Over the next two to three years, he expects their store count to grow to 100 with the addition of their new franchising model.

Atomic Wings is currently looking for franchisees with a $250,000 capital investment that can commit to operating at least three units.

The average square footage of an Atomic Wings is between 800-1,200 square feet and the average delivery check is $20-$25, with average dine-in check at $13 per person.

The fast-casual boom is taking over the morning daypart too. Louisville, Ky.-based breakfast and brunch concept Biscuit Belly announced a national franchise program this October for the fast-casual restaurant company. Currently with three units and looking to grow to 20-25 over the next year with the help of franchise advisor Chuck Schnatter, Biscuit Belly is known for its Southern-inspired breakfast and brunch menu of indulgent biscuit sandwiches and brunch cocktails.

“Breakfast and fast-casual are two growing segments poised for explosive growth and Biscuit Belly happens to fall into both categories,” Biscuit Belly founder and CEO Chad Coulter said. “The brand separates itself from the competition by taking an otherwise simple food, a biscuit, and elevating it to another level with its unique twist on southern breakfast fare and a robust cocktail menu.”

Working with Wheat Creative, the company is looking to build out its portfolio with franchise locations in the Midwest and Southern regions of the United States, and also announced the opening of two or three new corporate locations in Lexington, Ky.

Miami-Dade-based, 12-unit Cuban bakery Cao Bakery & Café launched a franchising model in October to expand his concept across the state and beyond, with plans to grow the concept at 7-10 locations per year, half of which will be franchised locations.

The bakery and café’s founder/co-owner Carlos De Varona said that he has taken advantage of the superior market during the pandemic to make plans to expand his brand to Palm Beach, Tallahassee, and Gainesville. He and his business partner, Antonio Cao, also have their sights set on reaching Latinx populations in California and Texas.

The bakery and café – with its menu of Cuban-American breakfasts and authentic Cuban sandwiches including the classic Cuban and Media Noche —is opening its first franchised location in Pembroke Pines at the end of 2020. He is also opening the first Cao Bakery with a drive-thru in November in Hallandale Beach, to keep up with consumer demand during the pandemic.

“We’re doing business as if the economy is going to come back soon,” De Varona told the south Florida Business journal.

Crisp & Green — the better-for-you fast-casual brand known for its build your own salads and grain bowls — announced that its franchising program will be expanding nationwide in October. The seven-unit healthy eats restaurant initially announced its franchising program in 2018 and now has plans to expand nationwide, with 22 locations already in development, including six in Minnesota and more franchised locations across Texas, the Dakotas, and Iowa.

“We are eager to expand into other parts of the country to bring additional communities nutritious, great-tasting food in our unique welcoming environment,” Crisp & Green founder and CEO Steele Smiley said. “Everyone is welcome at our table and to take our fitness classes and other events.”

Although the fast-casual health salads and bowls restaurant space has become crowded, Crisp & Green stands out by providing customers with “holistic programming” and complimentary fitness classes including yoga and bootcamps. Currently, the Crisp & Green is offering an outdoor, socially distanced HIIT workout class in Minneapolis.

Virtual restaurant company The Local Culinary was an early comer to the rapidly growing ghost kitchen game when founder Alp Franko launched his virtual brands nearly two years ago. Now with 50+ concepts under their belt, The Local Culinary announced national franchising in July and expanded their portfolio in September, claiming to be the first-ever ghost kitchen franchise model.

Three months after they first announced franchising, The Local Culinary now has four franchised locations in Florida, three in San Francisco, several in Louisiana, and three under contract in Chicago and two in New York.

The unique deliverable concepts include Dirty Fingers, a finger foods concept, El Taco Loco, which offers an Instagrammable gold chicken taco with edible gold, among other craveable tacos, and Jack’s Bagel, with a menu of bagel sandwiches stacked high with unexpected ingredients like fried chicken and brisket. Each concept offers something different for an average delivery check of $15 per person.

Charleston Hospitality Group’s, five-unit, casual-dining concept, Toast All Day announced franchising and a plan to expand nationwide in September. The casual dining restaurant’s name is a nod to “toasting” at any time to life’s celebrations and offers menus for multiple dayparts, including French toast and Charleston-inspired breakfasts; soups, salads, and sandwiches for lunch; and a classic American menu for dinner.

Working with Franchise Marketing Systems, Toast All Day’s model for multiple units is slated to be rolled out over the next four months and into 2021, and have begun pre-sales for franchised locations in December 2020. They plan to at first begin opening new franchised locations in the South Carolina area and the Southeastern corner of the United States and eventually expanding nationwide to 200+ locations over the next seven years.

The Charleston Hospitality Group plans to open Toast All Day’s first franchised location in spring 2021 and will be focusing at first on opening new franchised stores with former employees.

“I never found success by claiming to be ‘the best restaurant,’ Sam Mustafa, CEO of Charleston Hospitality Group said.  “My restaurants are a place where people come to tell others about a personal success and have other people who were happy to celebrate with them. Toast All Day is about being a place where everybody feels like a somebody.” 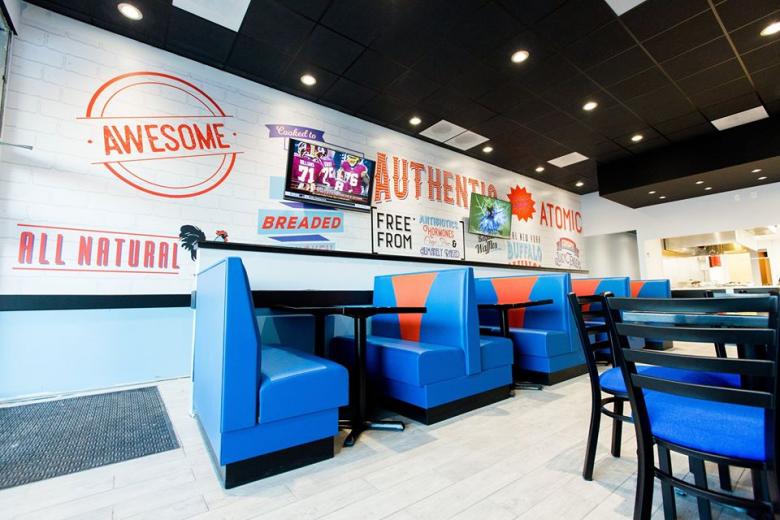