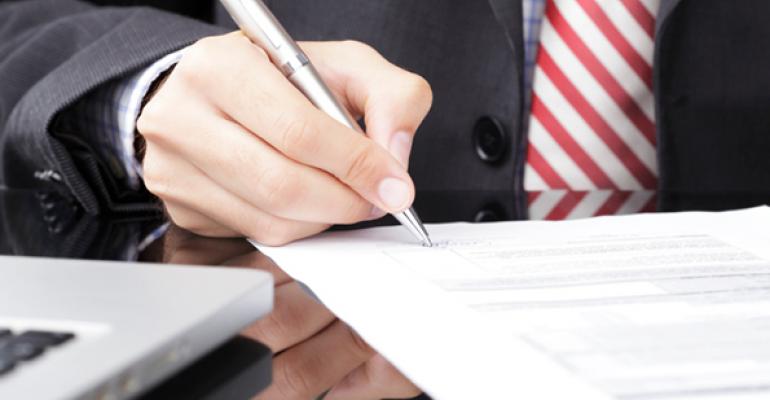 GE Capital, Franchise Finance is expanding its franchise restaurant lending practice, making a big bet on the growth of the industry as it seeks smaller-scale operators looking to expand.

The Scottsdale, Ariz.-based company, already one of the biggest lenders to restaurant franchisees in the country, is making the bet amid intensifying competition in the franchise finance space. With interest rates low and an active, willing market of borrowers, numerous lenders have started restaurant practices in the past two years.

Yet much of that lending has focused on big operators that need large loans. In this instance, GE Capital is looking at potentially smaller operators than it had targeted in the past.

“There’s people that haven’t thought about GE Capital before,” said Allen Johnson, who was promoted to managing director of the relationship development team as part of the expansion. “They’ve historically borrowed from a local lender. Or they got an SBA loan.”

Johnson’s team will establish connections with operators who need financing beyond what’s available from the Small Business Administration, or SBA, or local banks.

GE Capital wouldn’t say what size operators it’s targeting, though it stressed that their effort isn’t focused solely on smaller franchisees — they’ll target the big ones, too.

Larger operators have had their choice of lenders for years now, as the competition in the financing markets has intensified. GE’s move is a sign that this competition is flowing to smaller borrowers, potentially giving them opportunities to get financing to build new units or acquire existing locations.

“We know the competitive landscape has changed in the last couple of years,” Johnson said. “The reality is, it’s not always going to be that way. GE has continued to be supportive of this market.”

It could also expand the number of concepts to which GE Capital might lend. Currently, the lender has relationships with more than 50 restaurant franchise systems, meaning it generally lends to franchisees in those systems. But if a franchisee in one of those brands wants to buy units in an emerging concept, GE could potentially provide that financing.

GE says that its work with borrowers doesn’t end when they sign on the dotted line. The company says it acts more as an advisor, giving operators tools and resources to help run their restaurants. That includes in-person events and seminars on issues like new healthcare laws. The lender also gives franchisees access to SmartChart, a digital site selection and financial analytics tool.

“We want to partner with people who want to grow, and who could benefit from a relationship with GE,” Johnson said. “They may be larger guys who haven’t talked with GE for a while. But they may be some of the emerging, growing operators.”

That relationship goes both ways, however. GE Capital hopes the smaller borrowers they target now will become big borrowers a few years down the line. And many borrowers will keep their lending relationships as they get bigger.

This is also a bet that that the restaurant industry will grow, despite concerns about traffic weakness and a tough, competitive landscape.

“The economy continues to strengthen,” said Lisa Tibbitts, spokeswoman for GE Capital. “Consumer interest in dining outside the home continues to be strong.”

Correction: Nov. 6, 2014  An earlier version of this article misstated the headquarters location of GE Capital, Franchise Finance. The company is based in Scottsdale, Ariz.