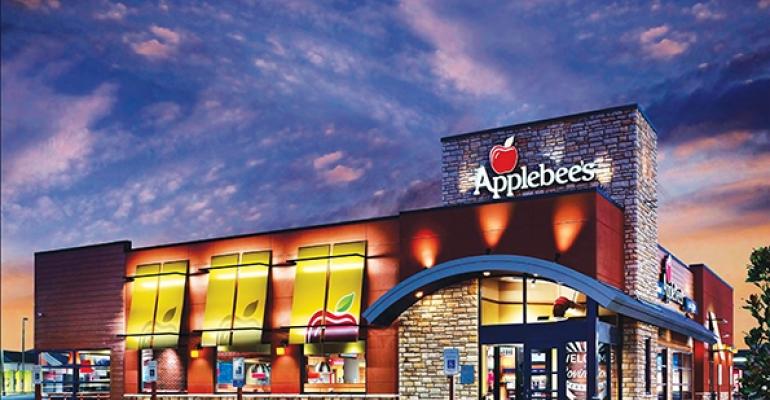 With an unprecedented amount of financing available and a whole lot of restaurants up for sale, restaurant franchisees are finding a market in which they can quickly build large organizations, sometimes from the ground up.

Take, Tom Garrett, who resigned as CEO of Arby’s in 2010. He re-emerged on the restaurant scene two years later — as a franchisee of Burger King.

Garrett founded GPS Hospitality Inc., starting with the acquisition of 42 Burger King locations in the Atlanta area. The company has done several deals since, and now has 221 units, already making GPS one of the largest franchisees in the system.

Garrett has no intent of stopping that growth. “Our goal is to have 400 GPS Hospitality restaurants by 2018, and I truly believe we can achieve that goal if we stay true to our core values,” Garrett told Nation’s Restaurant News. “In this last year alone, people have really started to recognize what kind of company we are, and that we are good operators.”

For Garrett, the move was a return to the franchisee world. He had risen from an assistant manager to become the president of RTM Restaurant Group, which for a time was the largest franchisee in the country with 775 Arby’s, before the franchisor bought the company.

Yet, the move is indicative of the current market, and the opportunities available for entrepreneurs. The market is attracting a flurry of investment from private equity groups and lenders, all eager to put money into the businesses.

It is also attracting a new generation of investors into the business, including former restaurant company executives and even those who operated businesses in other industries.

“Folks have figured out that restaurants, especially larger restaurants, are not as risky,” said Cristin O’Hara, managing director and market executive with Bank of America Merrill Lynch. “They’re cash generators.”

A few key elements are driving overall investment in the restaurant business, both among brands and among franchisees.

Consumer investors have shifted funds to the restaurant business because it’s generally safer than other industries. Other consumer sectors, notably retail, have faced intense competition from Internet retailers that compete with lower prices and lower margins.

The restaurant business generates a ton of cash while operating a proven business that, once it gets going, can be difficult to kill.

That consistency has brought a bunch of lenders into the industry in recent years. The lenders have competed to make loans to large-scale franchise businesses. That competition is driving down the cost of loans and the terms available to these companies.

“It’s a favorable market for borrowers right now,” said Brian Frank, who heads the Restaurant Franchise Lending Group with TD Bank. “With so many lenders in the marketplace, and folks wanting to do business, the terms are very favorable to the borrower.”

“It’s a cash business,” Frank said. “You know exactly how you did at the end of every day. There are not many businesses that you know at the end of the day how much you sold.”

Brands like Burger King, Taco Bell, TGI Fridays, Applebee’s Neighborhood Bar & Grill have long track records and have thrived in good times and survived recessions. They have the strength of national brands that often advertise heavily on television.

The operators are buying market-controlling positions in the franchisees. By purchasing, say, all the Burger King locations in a given market, the operators don’t have to worry about a nearby unit run poorly by a different franchisee ruining their business. They also control the marketing message.

While many of these businesses don’t control their brand, many operators have proven that by making acquisitions of existing restaurants they can grow just as fast as franchisors — or even faster in many instances.

Flynn Restaurant Group LP, which just added its third brand with the acquisition of 47 Panera Bread locations in Northern California and Washington State, has grown at an annual rate of 33 percent since the company was founded in 1999. It now generates $1.7 billion a year in revenues and has 729 locations.

To put that size in perspective, that $1.7 billion is about the same as the total system sales at Jimmy John’s. Or consider that, 1,400 locations, Pizza Hut and Wendy’s franchisee NPC International operates more domestic units than all but seven restaurant chains. Some of these franchisees have grown huge.

And Flynn clearly wants to purchase more. “One of the reasons [Panera] let us in was that they appreciate there will be changes in ownership in the next couple of decades,” FRG Founder Greg Flynn said, suggesting some Panera franchisees and company units will be up for sale.

Franchisees’ ability to generate stable cash flow, and the opportunities for expansion in the business has attracted a lot of private equity groups seeking safe returns. It’s also drawn other types of investors into the business.

Consider Vitaligent, which recently became the largest franchisee in the Jamba Juice system with the acquisition of 73 locations in California and four units in St. Louis.

There is also Gold Coast Holdings, a Florida-based company recently formed to acquire 49 TGI Fridays restaurants in Boston, Philadelphia, New Jersey and Upstate New York from the company. Gold Coast acquired additional locations from a franchisee and now owns 75 units in the system. Gold Coast’s chairman is Stephen Levin, who in 2014 sold his beverage distribution business.

As a former franchisee himself, Garrett isn’t exactly a new entrant. But he is new to the Burger King system. And in 2012 he saw an opportunity to get in on the ground floor of a chain on the comeback trail.

“Burger King was in the early stages of a turnaround, creating opportunities for GPS Hospitality to grow with future acquisitions and new restaurants,” he said. “We’ve been excited to be part of the remarkable turnaround of the BK brand.”

Many of these systems are using these deals to establish remodel programs. Burger King and Wendy’s, for instance, included remodel requirements as part of their unit sales.

But some franchisees are selling, too. Some are retiring operators with nobody to pass the business to. Other sellers are simply shifting business strategy, recognizing perhaps that now is the time to sell. After all, all of the lending and investment is driving up the prices for many of these franchisees.

Anand Gala sold his 18 Applebee’s restaurants in part because he saw the prices being paid for Applebee’s locations and decided to take the opportunity.

But he also knew that such prices don’t last long. “I don’t think the top end of the range of (valuations) exist for very long periods of time,” he said. “They exist for short periods of time when sales are good and rates are low. The restaurant industry is cyclical. Commodity costs can vary. Labor increases. Occupancy increases. I looked around and said, ‘Hm, I think it might be time.’”

Gala also wanted to spend time with his children. He owned 11 Famous Dave’s units, and also wanted to create his own concept, a fast-casual restaurant named Fresh Griller. He opened the first unit in July.

“This was an opportunity to harvest a business we’d been involved in for some time,” Gala said. “It allowed us to extinguish almost all of our debt. It allowed us to have some liquidity. It allowed me to slow things down while at the same time still have a business that generates revenue and cash flow and profit, which I’m modestly growing.”

Is lending too aggressive?

There is some concern that lenders have grown too aggressive in funding franchisee acquisitions. Some worry that banks are making loans with too favorable terms, or they’re enabling borrowers to take on too much debt.

That can be a concern in a sales slump. During the Great Recession, when steep sales declines became commonplace, several large franchisees with overburdened balance sheets filed for bankruptcy.

The amount of leverage companies are taking on is reminiscent of pre-recessionary levels, Todd Jones, senior managing director with GE Capital, said at the recent Restaurant Finance & Development Conference. And that can put companies in danger if sales fall steeply or costs rise — or both.

“You have to talk about efficiencies, or you need to start taking price,” Jones said. Yet he added that price hikes have been a component of industry growth the past couple of years. “Where is the limit? Eventually, consumers start to vote with their feet.”

Some lenders think that lending has grown too “frothy." “As you push leverage, as you push structure, that is dangerous territory,” Bank of America Merrill Lynch’s O’Hara said. Franchisees “need to be more thoughtful on the financing they’re getting.”

Still, O’Hara said, the restaurant industry is in “pretty good health,” even though sales are something of a market-share game in which one brand’s sales growth comes at the expense of another.

Franchisees, meanwhile, continue to expand, demonstrating healthy growth in the sector. Franchises have been adding jobs at a steady clip for years, but in October they added 52,500 jobs — including 39,190 at restaurants, according to the National Franchise Report from the human resources firm ADP.

And large-scale operators that add to their operations merge them into their own organizations, reducing overhead costs and automatically making the acquired locations more profitable. They also generate returns by improving the operations at franchise-run locations they acquire — which are frequently less profitable.

Garrett, for his part, said he figured out a way to motivate people during his time with RTM Restaurant Group. And after he left Arby’s, he decided to put those values to work in a new franchisee company.

“I’ve learned that a franchisee’s success really relies on three fundamental values — offering great services to start with, having top people in place to offer that service, and striving to achieve goals that consistently exceed guests’ expectations of that service,” he said. “All three fundamentals are needed to support growth and to create a win-win culture, in which everyone involved has opportunities for success.”

Garrett has also found a welcoming home as a franchisee. “It’s refreshing to get back to my roots,” he said. “Of course, the industry has evolved since I first got my start, but the fundamentals for success still remain the same.”