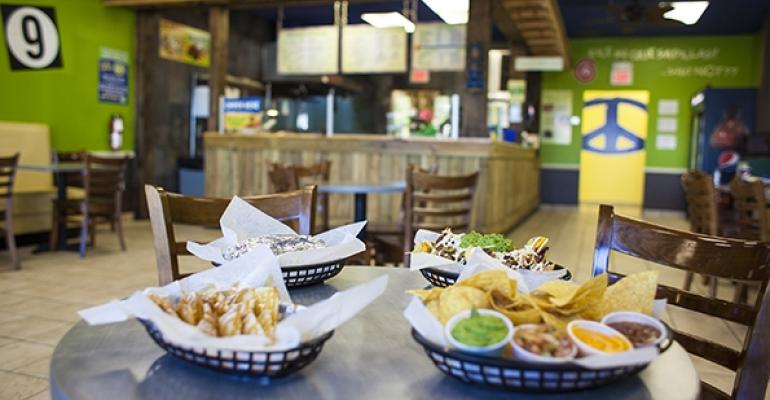 “It’s a grand slam, line out the door. The franchise they gave us is incredible,” said Daniel Di Pierro, one of the partners, on opening day.

The Di Pierros met Altero and Hart after the franchisors opened a Bubbakoo’s restaurant next to Joey D’s.

“We saw them grow as we grew,” Di Pierro said, noting that Bubbakoo's seemed to have a particular appeal to young people.

The franchisors previously told Nation’s Restaurant News that community involvement, particularly with local churches and schools, is a key to the chain’s success and helps drive initial trial of the restaurant.

“The time came when they started franchising and we decided to take a shot with them,” Di Pierro said, adding that he and his family hope to open an additional two to three locations. “As long as everything goes the way this is going [now], we’ll be opening more,” he said.

“These guys are great to work with. They’re behind us 120 percent,” Di Pierro added, noting that four members of the corporate team plan to stay at the new restaurant for a week to help manage the opening. “So that’s unbelievable. We’ve never seen that in a franchise before.”

Hart said he was looking for more franchisees like the Di Pierros.

“The Di Pierros are exactly the right entrepreneurs to start our franchise family,” he said in a press release announcing the opening. “The family’s vast knowledge of and experience in the restaurant industry, as well as its strong local roots, are outstanding. We are eager to see them fill the demand for a delicious and innovative Mexican-American fast-casual eatery in Silverton.”

The franchisors said they planned to continue to open company and franchised locations along the Jersey Shore and elsewhere in the state.