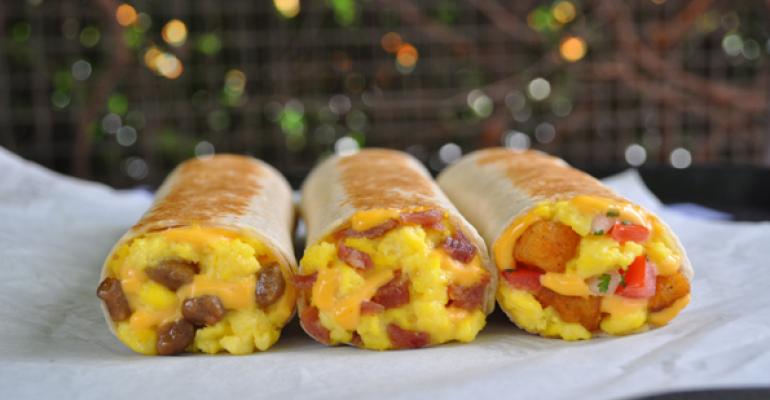 The quick-service chain introduced three varieties of the burritos:

• Sausage: Eggs and a sausage patty wrapped in a tortilla and grilled, served with a side of syrup, similar to the chain’s Waffle Taco

The items are priced at a recommended $1.29 and are available during breakfast hours, from 7 a.m. or earlier to 11 a.m.

To promote the menu expansion, Taco Bell is bringing back another edition in its series of commercials featuring men named Ronald McDonald, yet another jab at quick-service competitor and morning daypart leader McDonald’s.

In the commercial, men from around the country named Ronald McDonald taste the Grilled Breakfast Burritos and declare them to be good.

When an off-screen interviewer asks whether they would buy a burrito from a burger chain, one of the Ronalds responds, “You don’t go to a sushi bar and order spaghetti.”

Since the national launch of breakfast in March, Taco Bell has promised to continue building its morning menu.

Last week, the chain said it is testing new Power breakfast options that emphasize protein, including a Steak Burrito or Bowl with extra meat and vanilla Greek yogurt with granola.