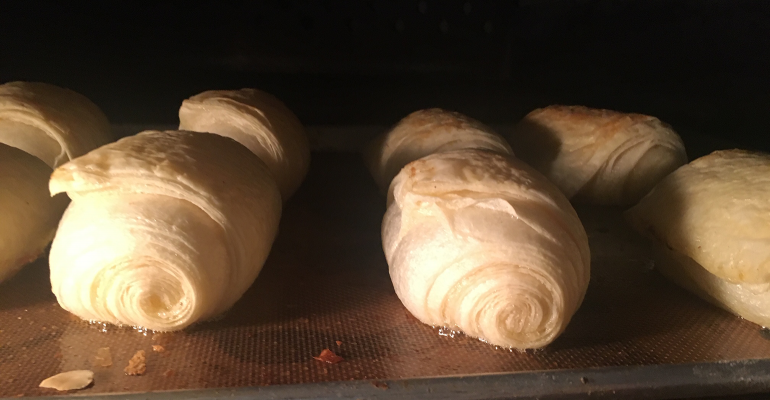 Philadelphia bakery finds the key ingredient for its sourdough is time

In this special report, we highlight some of the unsung heroes in culinary innovation. Read more about creative approaches to five signature menu items here.

Long the quintessential start to a meal, bread has been off the table at many a restaurant for some time, due in part to the perception of bread as nutritionally void and to the popularity of low-carb and gluten-free diets. But as consumers’ interest in and definition of health shifts, demand for breads made by a slow and natural fermenting method, such as sourdough, is starting to grow.

According to Facebook’s 2019 Topics and Trends Report, which dedicated a full page to “Bread 2.0,” there’s going to be a lot of buzz around "slow-carb baking," or slow natural fermenting, this year. 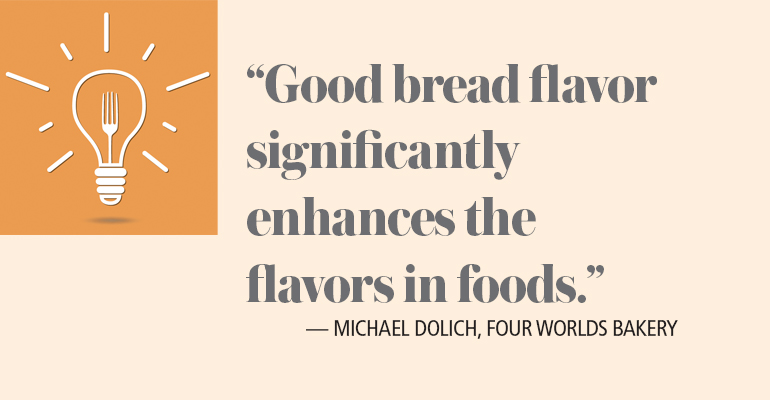 Good, slow fermented bread is nothing new to Four Worlds Bakery in Philadelphia, where owner and head baker Michael Dolich has been using natural yeast starter and a slow, cold fermentation process to achieve dense, complex-flavored sourdough bread since 2006. Back then Dolich says he had to call his bread pain au levain, the French term for sourdough bread, because customers seemed to have negative association with “sourdough.”

“Sourdough heightens the vividness of your senses — your taste, smell,” Dolich said. “Everything you put on it tastes better.” 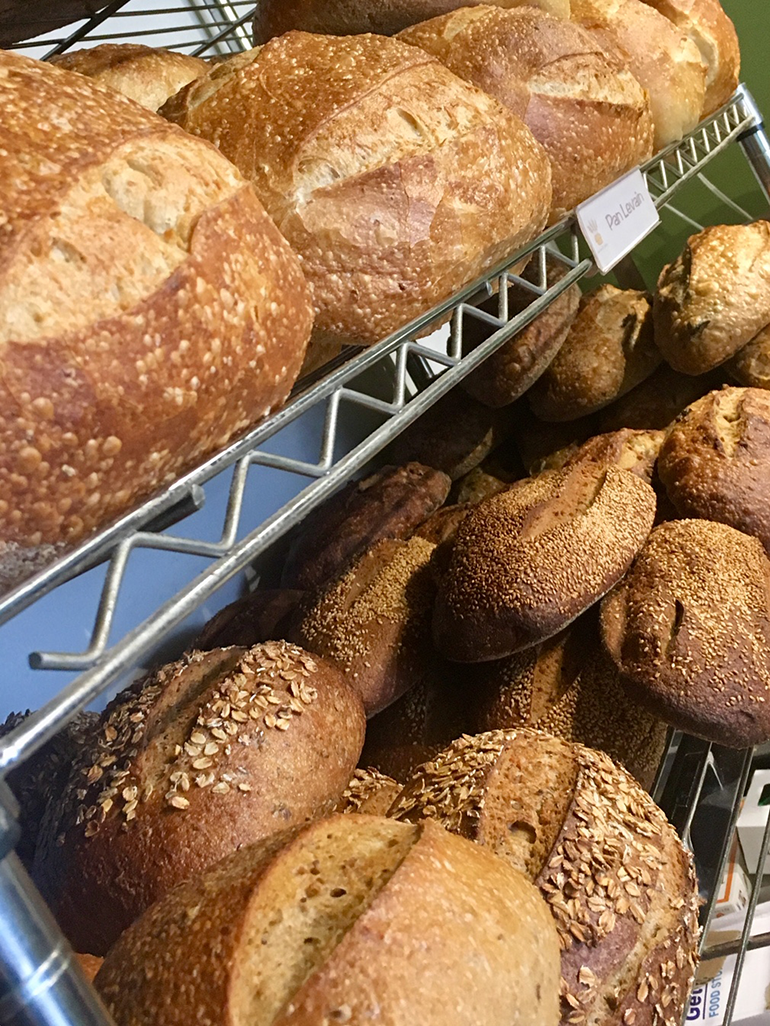 While he’s certain there’s a more complex, scientific explanation behind “the magic of it,” why sourdough tastes so good, Dolich says the process for making good sourdough is actually quite simple.

To make his signature pain au levain, Dolich uses four basic ingredients — salt, flour and sometimes another form of grain, sourdough starter, a touch of yeast — and a “soaker method.”

The process begins by soaking half the grain and the starter in warm water for about 20-30 minutes to give the starter an advantage (read: get it bubbling). Next, the remaining grain and a nominal pinch of yeast are added, then it’s all mixed altogether and ferments for another 45 to 60 minutes. After that, the dough is formed into loaves and is left to sit at room temperature for about half an hour. The loaves are then cut and scaled to ensure consistent weight. They get a final shape and sit out for another 30 to 60 minutes before going onto covered trays into a 40-degree Fahrenheit walk-in refrigerator where they cold ferment for as little as overnight to as long as three days before being baked in a deck oven at 480 degrees Fahrenheit for about 20 minutes.

“It’s not complicated,” said Dolich.  “It’s only a matter of time.”

The process is so simple, Dolich says he doesn’t need to hire experienced bakers, as he can train anyone interested in learning in about two weeks.

But the nuances are important, which is why some dough is aged for one day, and some for three.

“There’s not much difference that most people would notice,” Dolich said, but the longer the dough ferments, the tangier it gets.

“Like a wine expert, one will notice the nuances with a lot of practice consuming it. But longer time does increase the flavor complexity, [and] some people prefer it that way,” he said.

But there are drawbacks to slow fermenting, he added.

“There is an inverse relationship [between] flavor and volume. Generally, the more volume, the less flavorful. My bread emphasizes flavor, so we sacrifice volume. … But that doesn’t work for many chefs out there. They want volume and are willing to sacrifice flavor since they want to rely on their cooking for flavors. What many miss entirely is how good bread flavor significantly enhances the flavors in foods.”

On any given day, the staff of Four Worlds, which is located in the West Philadelphia neighborhood of the city, turns out about 100 loaves of bread, 200 bagels and a couple of dozen soft pretzels made from the same basic dough, and 400 croissants. The bagels, pretzels and croissants are sold primarily at local cafés and retail shops, while the loaves are sold out of the bakery and at several co-operative groceries in the area. 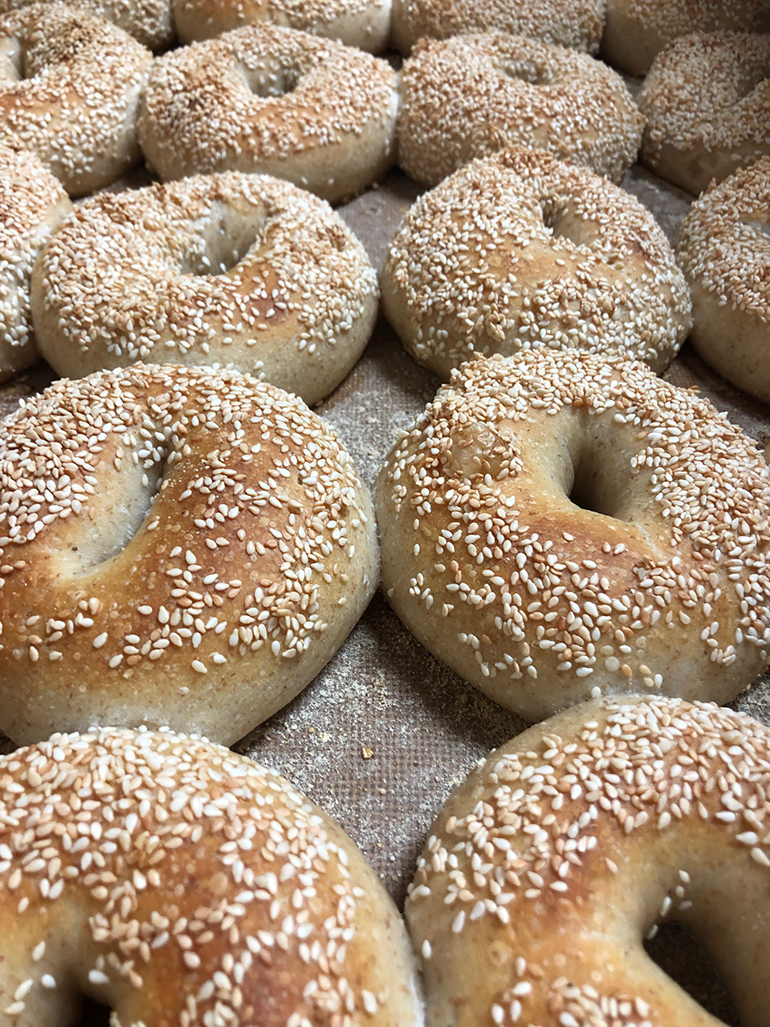 Despite the simplicity of baking sourdough, Dolich says it’s very challenging to get fresh bread delivered to consumers: He said most bread bought today even if baked locally, is not baked the same day it is eaten.

Four Worlds pulls its fermented loaves out of the walk-in and bakes them fresh from about 4 am to 6 am, six days a week. A driver in a single vehicle delivers the fresh-out-of-the-oven baked goods to about a dozen retail and wholesale clients. The rest of the day is then spent making more bread to go into the walk-in to ferment.

“The stuff I do, the bigger bakeries can’t do,” Dolich said. “Distribution is really a major, major expense. It’s one of the bigger barriers.”

Additionally, while he says there’s no shortage of chefs who appreciate the quality of his bread, in Dolich’s experience, most don’t love the density or inconsistency of slow-fermented bread, aren't willing to pay the higher cost, or just don’t want bread to be the centerpiece of the meal.

What then are the options for chefs and restaurants that do want to serve fresh slow-fermented breads?

Dolich says restaurants can go to a wholesale bakery that has the kind of product they want and just deal with the distribution issues, or they could, as he has noticed some restaurants doing, move to using par baked breads, several of which he says have won taste competitions over fresh bread.

“The best-case scenario is to bake it yourself,” he said.

Just before opening Four Worlds, Dolich baked bread for Le Bec-Fin, legendary chef Georges Perrier’s French restaurant in Center City Philadelphia, so he knows first-hand how a restaurant can make in-house baking work. Dolich said bread was baked in the kitchen of George’s, Perrier’s French-influenced farmhouse restaurant in Wayne, Pa., and then delivered to and served fresh daily at Le Bec-Fin, as well as some nearby coffee shops.

“The biggest problem is freshness,” said Dolich. “Sourdough or not, it makes all the difference in the world.”

April 2, 2019: A typographical error in the headline has been corrected.