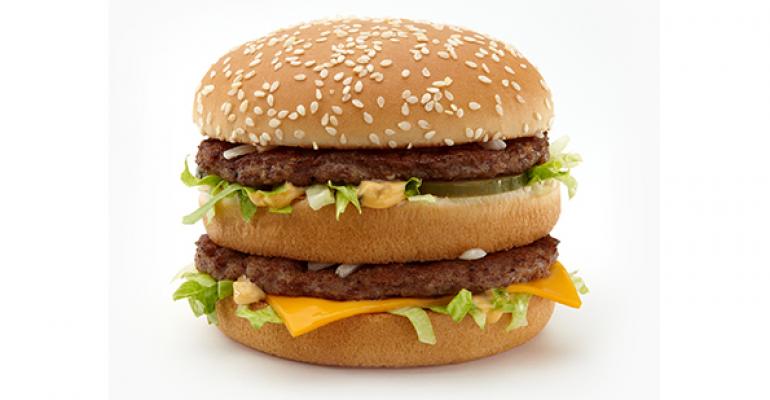 McDonald’s Corp. might finally be ready to unleash new versions of its most famous sandwich: The Big Mac.

The Oak Brook, Ill.-based burger chain is testing two new Big Mac sizes — a larger Grand Mac, and a smaller Mac Jr. — in Columbus, Ohio, and Dallas/Fort Worth, according to Columbus Business First.

McDonald’s did not responded to requests for comment Tuesday.

The Grand Mac would upgrade the traditional Big Mac to a third pound of beef, two pieces of cheese and a larger bun, according to Columbus Business First. The Mac Jr. would be reduced to a single patty, and is designed to be eaten on the go.

Line extensions of popular sandwiches have long been popular in the quick-service sector. But it’s relatively rare for McDonald’s, at least when it comes to its Big Mac. The sandwich was developed by a franchisee in 1967, adopted systemwide the following year and ultimately evolved into its signature burger.

We're testing the Grand Mac & Mac Jr. in #Cbus! Get em' before they're gone & #MacItHappen for the rest of America. pic.twitter.com/FMiuLRReZq

Extensions of the Big Mac are more common in international markets. For instance, McDonald’s in Japan serves a larger Giga Big Mac.

But in recent months, McDonald’s has been more willing to cross lines it had previously established in an effort to reinvigorate sales and generate momentum.

Last year, the company introduced all-day breakfast, something it had long resisted. The platform received considerable credit for the chain’s 5.7-percent same-store sales increase in the fourth quarter. That came after improvements the company made to its Egg McMuffin, which the company has said led to higher sales of the sandwich even before all-day breakfast began.

McDonald’s executives have long hinted that they could look at changes to other products.

“We’re working on every item on our core menu,” McDonald’s USA president Mike Andres said at an investor conference in March.