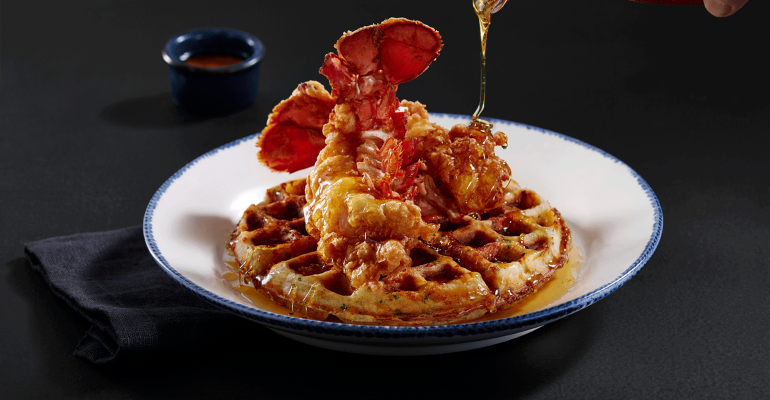 Red Lobster introduces lobsters and waffles, because why not?

Featuring the “waffle form” of the brand’s beloved biscuit

Hold up…there’s Crispy Maine Lobster on a Cheddar Bay Waffle? Get the car keys because it’s only here for a limited time. #LobsterfestGoals pic.twitter.com/lTUcZzkHFO

The lobster-and-waffle dish is a limited-time offer and is part of Lobsterfest, a yearly promotion that started in late January. The dish is priced at about $20, which varies across the country. Other new dishes for Lobsterfest include lobster truffle mac and cheese and stuffed tilapia.

This year, Red Lobster celebrates its 50th anniversary and is commemorating the occasion with two signature cocktails during Lobsterfest — Tropical White Sangria and Lobster Lover’s Punch.

Red Lobster has over 700 locations in the U.S., Canada and internationally.