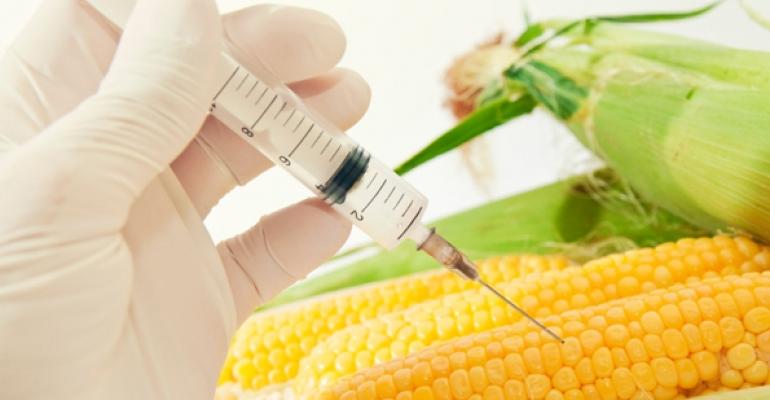 In a monthly series, menu trend analyst Nancy Kruse and NRN senior food editor Bret Thorn debate current trends in the restaurant industry. For this installment, they discuss the opposing sides of the GMO controversy.

Between the two of us, Bret, we have spent quite a few years in the food industry. But in all our combined years of experience, I venture to say there has not been an issue that has generated more concern and controversy than that of genetically modified organisms (GMOs).

GMOs have become such a lightning rod that the New York Times ran an extraordinary and exhaustive analysis of the subject that revealed a confusing mash-up of sound science with junk science and of academic rigor with raw emotion. It also revealed a disheartening unwillingness on the part of many partisans on the issue to entertain any discussion or brook any views that failed to coincide exactly with their own. This intellectual intransigence and uncivil stonewalling have come to dominate public discussion of just about every subject, but I find it especially perplexing on this one.

GMOs are organisms in which genetic material has been changed by the addition or deletion of a specific gene to achieve a specific goal. With crops like corn, that might mean immunity to traditional plant scourges like drought or insects or viruses. To my mind, genetic engineering is a technological version of traditional hybridization, in which the resulting organism is functionally superior to its progenitors.

I find it really exciting to think of the potential for good represented by, say, rice that has been genetically altered to contain vitamin A, the lack of which leads to blindness among the millions of the world’s poor for whom conventional rice is a dietary staple. It seems to me to be a positive force and a powerful exemplar of how technology advances can be used for beneficial ends.

I truly understand the natural fear of the unknown when anything radically new is introduced, whether it’s agricultural or medical, mechanical or technological. Heck, I still don’t have a clue how my computer works. But I do know that all those tiny chips that make it run are not naturally occurring substances. Rather, they’re the fruit of scientific and engineering advancement that has profoundly changed the world for the better.

While I view GMOs in much the same way, I realize that we’re talking about our food supply and the necessity to preserve its integrity not only for ourselves, but also for all who follow us. So GMO foodstuffs should be vetted with the same scientific scrutiny and held to the same standards of quality as their non-GMO counterparts. No more, no less, no question.

Perhaps the biggest irony of this whole debate is the extent to which two thoroughly contemporary and game-changing technologies — digital communications and genetically modified foods — have become such combustible bedfellows. Campaigns conducted entirely online by ad-hoc anti-GMO interests have forced General Mills to reformulate its flagship Cheerios brand and threatened many other packaged goods manufacturers with demands for product reformulation.

Foodservice industry members should consider themselves on notice. This issue has become a real battleground that represents the best and the worst of discourse in the digital age, and it isn’t likely to abate any time soon.

Do you care to wade into this battle, Bret? Can you speculate on where the GMO controversy might go next or what its impact will be on the restaurant industry?

Nancy, to me the most frustrating aspect of the debate over genetically modified organisms is the fact that those opposed to GMOs act like religious zealots, unwilling to listen to what the other side says and dismissing out of hand the notion that the gene-altering technology might be completely harmless or even a boon to humanity.

Indeed, current science indicates that this type of genetic engineering has no inherent risks. In fact, it has been used for decades to produce excellent medicine. For example, some of the most effective insulin is made using recombinant DNA — basically the same technology used to make the genetically modified corn and soybeans that cover much of American farmland.

As you said, this sort of genetic engineering is a modern version of hybridization that has been going on for millennia. And for the better part of a century laboratories have been dumping gene-altering toxins on plants and exposing them to radiation to damage the plants’ DNA in the hope that some of the resulting mutations will be improvements on what they had before. Thousands of commercial varieties of food have reportedly been made in this way. It could be argued that current practices are a much more elegant approach.

GMO opponents seem to be getting more pedantic and more vocal. About 10 years ago I spoke to a fairly high-tech farmer about GMOs, and he politely said that he was more interested in reviving heirloom breeds than going down the recombinant DNA route. Now he decries the (completely unproven) evils of genetic modification.

Some of those concerns just seem to be a fear of anything that’s “unnatural,” whatever that means. Some of them are more specific, however. Much of the genetically modified crops currently under cultivation were made to be resistant to herbicides. That way, as I understand it, the crops can be planted, the fields can be sprayed and everything but the plant the farmer wants to grow dies. That sounds like a boon to farmers, but some critics ask how those herbicide-resistant plants might affect the bacteria in our own digestive tract.

I think that’s a good question, and if the producer of those GMO crops has an answer, I haven’t heard it. And if they don’t have an answer, that’s a problem.

Nancy, you mentioned how online communication has allowed grassroots organizations to pressure companies to get rid of genetically modified ingredients in their products. In the restaurant industry we’ve seen how PR nightmares, such as employees posting videos of themselves contaminating food, can spiral out of control if the companies concerned don’t get in front of those stories.

GMO seed manufacturers seem to be taking the more traditional approach of not responding to their critics. The result has been a ban on GMO products in much of Europe and growing concern among some Americans about their possible effects. Several states have moved to require labeling of packaged foods containing GMOs. A recent ballot initiative to do that in Washington failed, but both Maine and Connecticut have passed laws that would require such labeling if neighboring states require it.

What will that mean for the restaurant industry? As discussion of GMOs progress, restaurant customers will likely start asking questions about them. I doubt a lot of people will be asking questions — I think their main concerns will continue to be about their own dietary restrictions and taste idiosyncrasies — but operators would do well to inform themselves about what products they use contain GMOs. It will probably be a lot of them, as estimates of how many food products sold in the United States contain GMOs go as high as 70 percent.