/sites/all/themes/penton_subtheme_nrn/images/logos/footer.png
Recent
Recent
San Francisco based Lazy Susan aims to be the Domino’s of Chinese takeout
May 19, 2022
The first NFT marketplace for restaurants could be the next frontier in digital loyalty
May 19, 2022
Subway Cares Foundation™ launches to support communities around the world
May 19, 2022
Trending: Executive shuffles at Brinker, KFC
May 19, 2022
Tina Gantz appointed vice president of franchise development for District Taco restaurant chain
May 18, 2022
Featured
Tech Tracker: Toast launches POS solution for quick-service restaurants
May 17, 2022
Meet 4 emerging NYC concepts
May 16, 2022
Memphis Seoul brings Korean BBQ and Southern cooking to Brooklyn
May 11, 2022
Executives on the move: 13 restaurant leaders with new positions in April
May 03, 2022
Menu>Food Trends 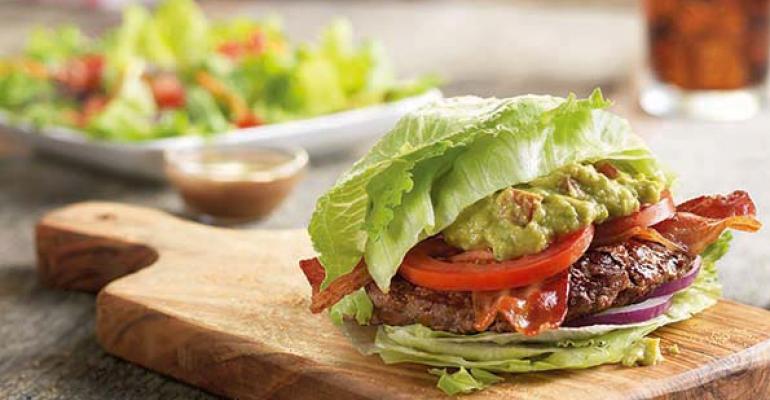 The new year is traditionally a time for diet-related resolutions, generally to lose weight. It is also the season for restaurants to offer healthful items that customers seek out in particular at this time of year.

But just as customers resolve to make permanent changes to their diets, more chains are offering permanent menu items — instead of limited-time offers — with fewer calories or other perceived benefits.

Chick-fil-A is permanently removing its coleslaw and replacing it with a kale-based Superfood Side, which has about half the calories. Carl’s Jr. is extending its all-natural line with three new turkey burgers. And P.F. Chang’s China Bistro waited until January to start promoting its new Delightful Dishes line, which it quietly rolled out in November.

Other chains are taking the more traditional limited-time offer route, including Burger King, Captain D’s, Red Robin and others.