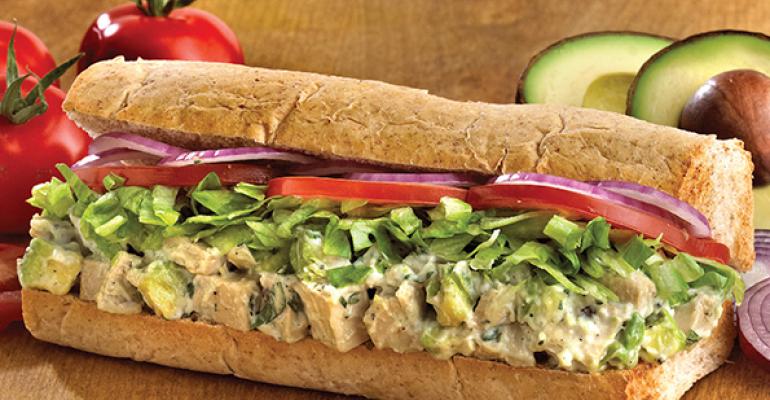 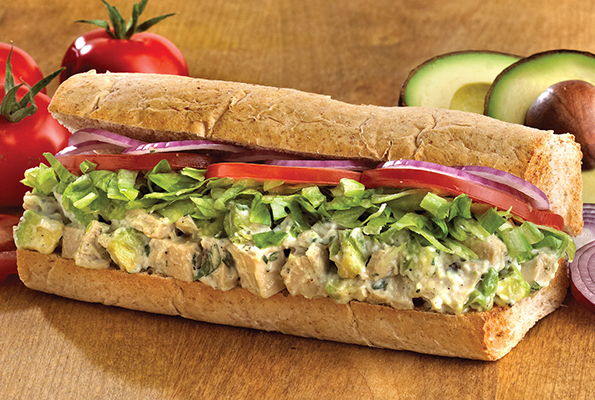 What makes the offering a winner:

1. A realistic substitute: Unlike many plant-based vegetarian options on the market, Beyond Chicken has the look, feel and texture of the real thing.

2. Taste: Like chicken. In blind taste tests, employees picked the plant-based product over chicken or couldn’t tell the difference, according to the chain.

3. Broad appeal: The alternative animal protein should attract not just vegans and vegetarians, but customers who simply want to reduce their meat
consumption.

4. Healthy: The plant-based protein contains no saturated fat or cholesterol. It is free of artificial trans fats, gluten and genetically modified organisms. It is also kosher.

5. Versatile: The product’s neutral flavor allows it to be used in several sandwiches, including the Buffalo Chicken, the Cuban, the Teriyaki Chicken and the Bánh Mi.

The story behind the offering

Jeff Sinelli, founder of Which Wich Superior Sandwiches, has been known to travel the world looking for culinary innovations to incorporate into the Dallas-based fast-casual chain, but it was a personal journey that led to the chain’s latest creation, which will roll out systemwide this year.

“I went on a two-year, vegan-vegetarian journey and along the way I was exposed to different kinds of protein,” Sinelli said.

The most interesting, natural and best tasting he found was Beyond Chicken, a plant-based product produced by Beyond Meat, a California-based company founded by Ethan Brown in 2012. Brown acquired the technology and process to create an alternative chicken product from researchers at the University of Missouri and began delivering the product to retailers such as Whole Foods in 2013.

The Beyond Meat plant is in Columbia, Mo. The process uses a large extruding machine that transforms a mixture of soy powder, carrot fiber, gluten-free flour and other ingredients into strips that have the texture of chicken. The company is also developing an alternative to beef and counts Microsoft billionaire Bill Gates among its investors.

For Sinelli and his culinary team at Which Wich, Beyond Chicken stood out among other plant-based, meat alternative options.

“We gave it to our team and they started playing with it, making chicken salad,
putting it on pizzas and open-faced sandwiches,” he said.

He quietly tested it at a company store in Dallas and it sold out. It is currently in three stores in Dallas but will be expanded to the system’s 345 stores after another round of testing this summer, Sinelli said.