It’s burgers, shakes and fries — with no animals involved. Who does it better, Los Angeles or New York City?

Southern California is the cradle of American fast food. The model of a quick-service menu built around classic burgers, shakes and fries was born here and carried around the world by iconic brands like McDonald’s, In-N-Out Burger, Jack in the Box and Carl’s Jr.

Now a new niche is emerging of fast food that is very much like the iconic brands that still serve burgers, shakes and fries — only this new batch of contenders have no animal products on the menu at all.

Plant-based fast food is not a new idea. Concepts have been popping up all over the country for years, fueled in part by the growing popularity of products like Impossible Foods or Beyond Meat. Most national meat-serving restaurant chains offer plant-based alternatives. Burger King this year expanded its Impossible burger lineup, while McDonald’s recently wrapped a test of the McPlant with Beyond Meat patties. No word yet on a potential rollout.

But Southern California — and Los Angeles, in particular — has become a hotbed, with a number of entirely plant-based concepts taking root and planning national domination. There are also a number of emerging concepts growing in New York City.

Most of these concepts are franchising or plan to soon. Most have built their menus around the Impossible or Beyond burgers — or both — though some use proprietary protein alternatives. Menus also include other brand partners that have become increasingly popular in the meat-avoiding world, including Tindle or Daring chicken alternatives, Just Egg and Oatly or Ripple-based shakes.

Unlike their meat-based fast-food counterparts, this niche of plant-based concepts all boast a supporting cast of house-made sauces, sides and desserts. Common themes are menus that are free of soy, nuts, gluten, or genetically modified ingredients. 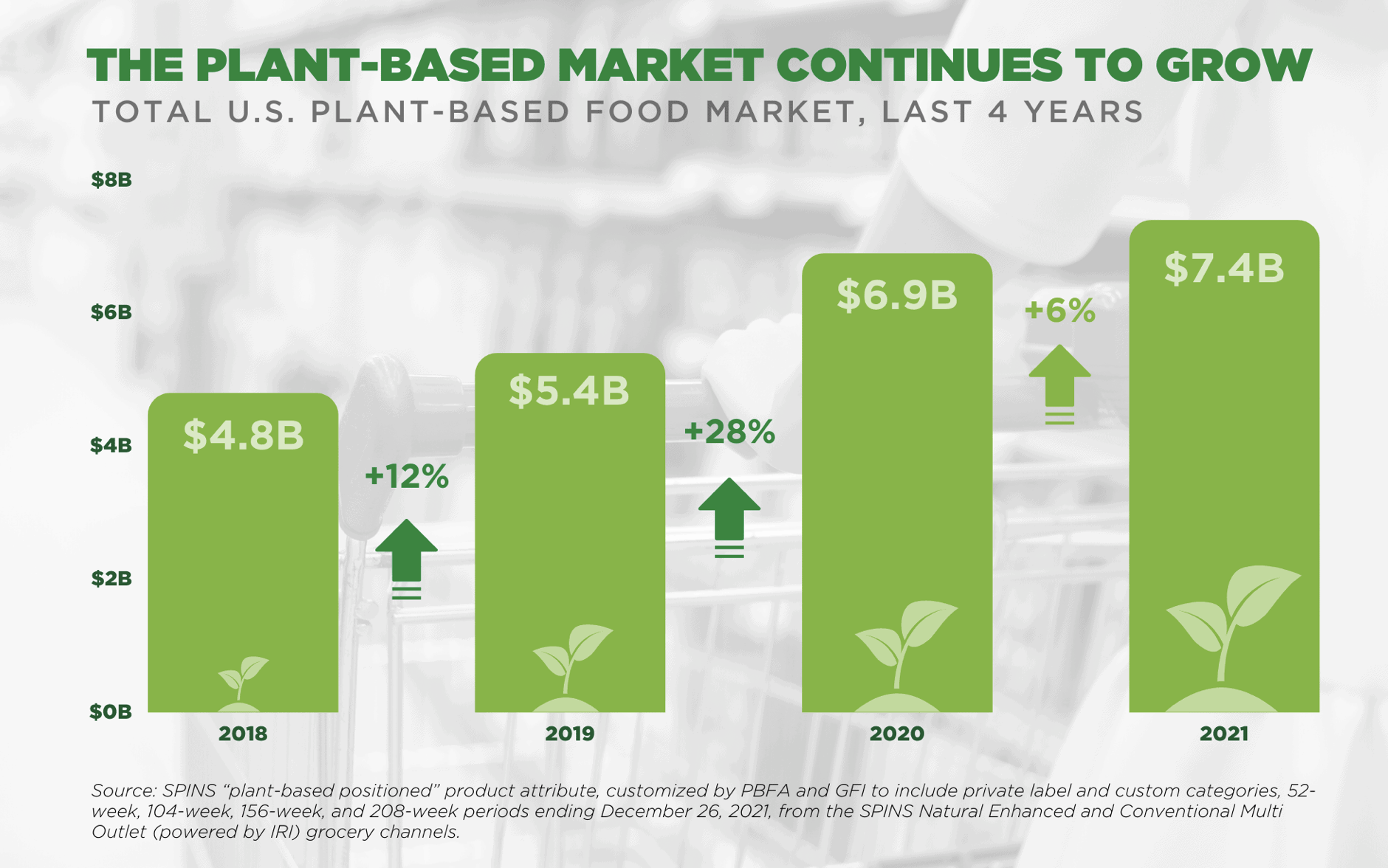 The plant-based food market enjoys some eye-popping global projections, ranging from $25 billion to more than to $95billion globally by 2030. Sales of plant-based foods in the U.S. climbed 54% since 2019, according to the Plant Based Foods Association. In 2021, that growth slowed somewhat due to the same supply chain disruptions that impacted most ingredients. Still, sales of plant-based foods grew 6.2% in 2021 to a high of $7.4 billion.

Only about 3% of the U.S. population is estimated to be vegan or vegetarian, but the operators in this growing niche say it’s no longer being driven by non-meat eaters. Rather, plant-based options are increasingly being embraced by those looking to eat less meat, those concerned about animal welfare or climate change.

And these are compelling brands in their own right. Some consumers may not even be aware these chains are plant-based only — which, to the operators, is a victory.

Here’s a look at the growing world of plant-based fast-food chains in Los Angeles and New York City.