The MenuMasters Awards celebrate the best of culinary excellence in menu development.

From left: Mike Kosloski of Olga’s Kitchen and Jim Goggin and Tom Metelmann of Ventura Foods

From left: Shane Morrison of Morrison Companies and Mike Colby and Craig Colby of Colby Enterprises.

Chefs from the University of Connecticut’s department of dining services

The University of Connecticut’s department of dining services won the award for Healthful Innovations for its high-protein line of Healthy & Lean Bean Pasta Dishes.

Fabio Viviani was named the 2018 Innovator of the Year at the event.

Selma Oliveira, chief people and culture officer for Fogo de Chão, accepted the award for Best Menu Revamp on behalf of the chain.

The award for Best Limited-Time Offer went to Sonic Drive-In for its Signature Sliders, burgers blended with mushrooms for a lower calorie count and smaller carbon footprint.

Kroger Co. was recognized with the Trendsetter of the Year award.

After accepting his award, Boulud praised the night's other winners and told attendees: "Today it’s all about the food, and for me, food of course is about love.” He is shown here with John Buckles of Ventura Foods, left, and Laura Viscusi, publisher of Nation's Restaurant News. 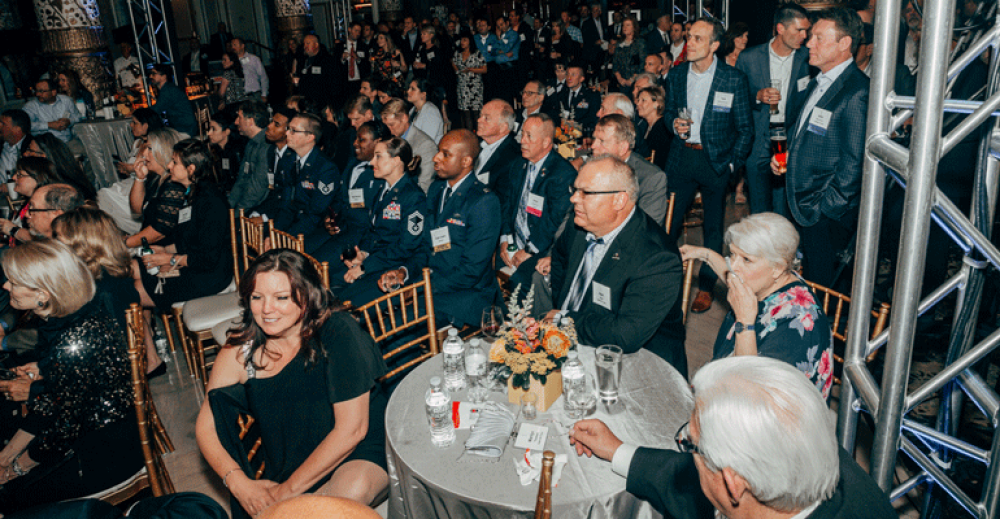 Next Up
Ten menu trends of 2021
Start Slideshow ›