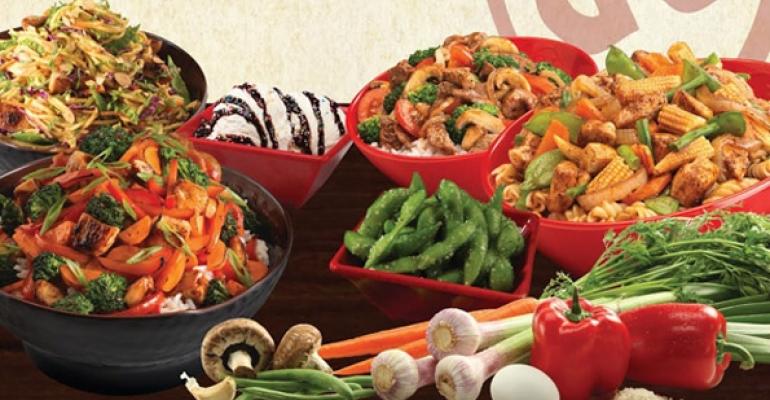 Genghis Grill has introduced tabletop ordering devices, more table service and new menu items at 10 of its 110 restaurants, and plans to roll the new features out systemwide.

“We’re calling it the Fresh Casual evolution,” Al Bhakta, president and chief executive of the fast-casual Mongolian barbecue chain, said. “It’s a redesign of the stores and the way we present our food.”

The new menu items and tabletop devices would be included in all new locations and would be phased in by the first quarter of next year, Bhakta said.

E la Carte’s Presto tabletop devices allow guests to order and pay for food and drinks, play interactive games, look up nutritional information, sign up for Genghis Grill’s e-mail list and engage with its social media, for example by liking it on Facebook.

Bhakta said the new menu items were developed in part for guests who might not be comfortable with the chain’s build-your-own-bowl format, in which customers decide what goes into their food.

“The concept lends itself well to folks who are a little bit more daring in their culinary taste profile,” Bhakta said.

However, if customers design a bowl that they don’t like, “ultimately it’s my problem,” he said.

The new “We Built It” lineup features “chef-crafted” dishes, according to the wording on the menu. Those items are:

•Drunken Noodles: Choice of protein tossed with noodles, carrots, red bell peppers, cabbage, baby tomatoes and mushrooms in “drunken noodle sauce,” priced at $8.99 with chicken or tofu and $9.49 with steak

Customers who want to build their own bowl still go through the buffet line to assemble their meal, but with the new items, “We know the consumer’s not going to make a mistake,” Bhakta said.