Flavor of the Week: Shishito pepper shines alone and as a supporting player 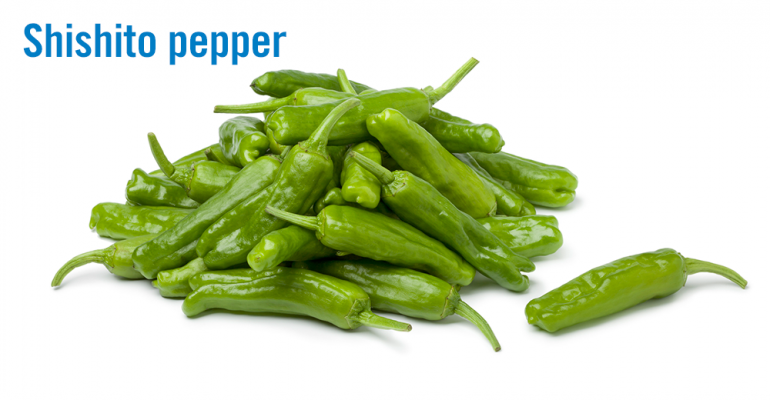 Start Slideshow ›
The Japanese ingredient appears in appetizers and cocktails

The shishito is a pepper that hails from Japan and is generally pretty mild, although generally one or two shishitos on a plate of roasted ones is quite spicy, resulting in a sort of low-stakes Russian roulette. The ingredient is making strides, both as a standalone appetizer and as a support ingredient, usually paired with other vegetables. Asian consumers are most aware of this trending pepper, which has risen in usage on menus in the United States by 159% over the past four years.