Flavor of the Week: The hot and tangy Peppadew pepper 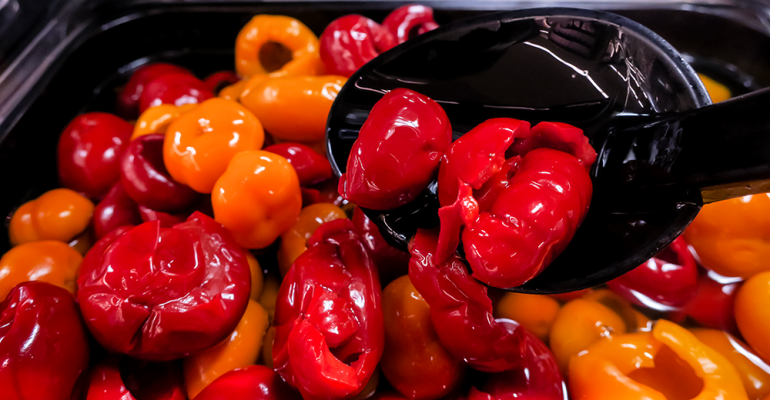 Peppadew actually is a trademarked pickled pepper from the company Peppadew International. Originally from South Africa’s Limpopo Province, it is a bright red de-seeded fruit in sweet-and-spicy pickling liquid that entered the market of its home country in the early 2000s and has since expanded to 24 countries.

The Peppadew’s presence on menus continues to grow thanks to its adaptability: Its mild heat and tanginess has earned it a place on burgers, sandwiches and salads and is suitable in any preparation that calls for a sweet and hot pepper.

Nearly 20% of American restaurant customers know about this Flavor of the Week, according to market research firm Datassential, and nearly 10% — especially Foodies — have tried it.

Click through this week's slideshow to learn more about this sweet pepper.