/sites/all/themes/penton_subtheme_nrn/images/logos/footer.png
Recent
Recent
NRN editors discuss single-seat cars, lessons learned during the pandemic, industry resiliency during Day 3 of the National Restaurant Association Show
May 24, 2022
Sustainability takes the spotlight at the 2022 restaurant show
May 24, 2022
Eight interesting foods at the National Restaurant Show that were not plant-based protein
May 24, 2022
T2D Concepts develops revolutionary franchise model in Roots Chicken Shak
May 24, 2022
Starbucks to exit Russia over Ukraine war
May 23, 2022
Featured
Tech Tracker: Toast launches POS solution for quick-service restaurants
May 17, 2022
Meet 4 emerging NYC concepts
May 16, 2022
Memphis Seoul brings Korean BBQ and Southern cooking to Brooklyn
May 11, 2022
Executives on the move: 13 restaurant leaders with new positions in April
May 03, 2022
Flavor of the Week
brought to you by
Menu>Food Trends 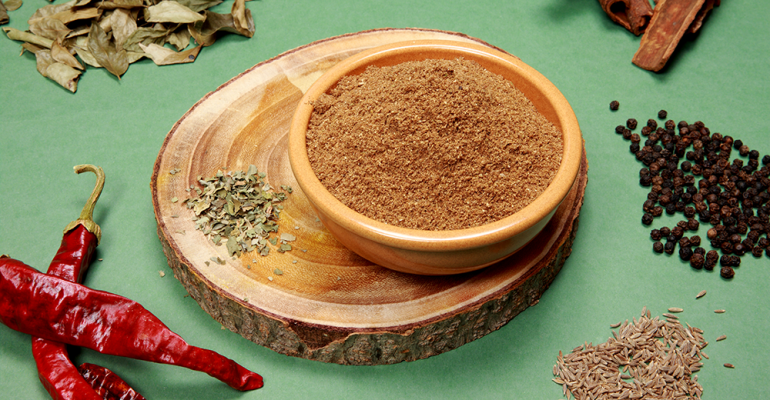 This fragrant, warming medley of toasted spices is widely used throughout Indian cuisine.

There is no hard rule to a garam masala recipe, as the ingredients vary according to region and chef. The term just means "spice blend," and like with many spice blends, there is plenty of potential for customization. Typical ingredients include coriander, cumin, cardamom, cloves, black pepper, cinnamon and nutmeg, through other common spices include turmeric, ginger, star anise, saffron and more.

You can see garam masala in curries, paired with proteins and vegetables, and also in some unexpected areas that call for a savory note, like a cocktail.

Market research firm Datassential reports that although garam masala appears on less than 1% of American restaurant menus, it has jumped nearly 50% in the past four years.

Click through the slides to find out more about this Flavor of the Week and learn how it’s being used in restaurants.