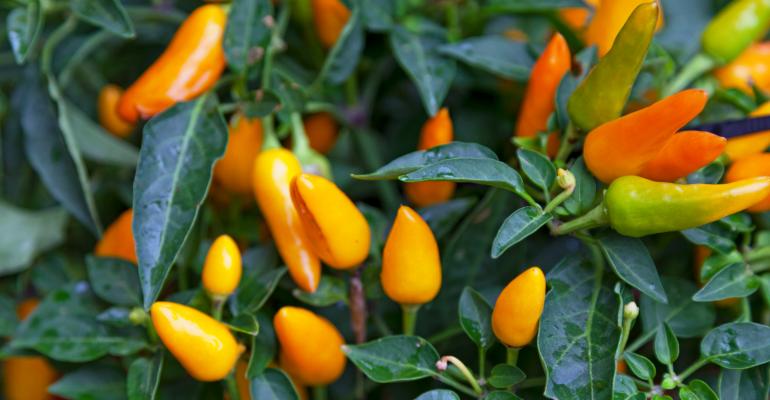 Ají, which means “chile pepper” in the dialect of Spanish spoken in Peru, is fundamental to Peruvian cuisine as part of the “holy trinity” of ingredients alongside garlic and red onion. While peppers are prevalent in many dishes, the ají amarillo (yellow chile) is particularly widespread.

Used whole, chopped or as a paste, it acts as the starting point for many Peruvian dishes. Ají amarillo brings a punch of heat with a Scoville Heat units range of 30,000-50,000 — hotter than a serrano, but milder than a Thai bird chile — but they’re also known to bring a light fruit-forward flavor to brighten up dishes.